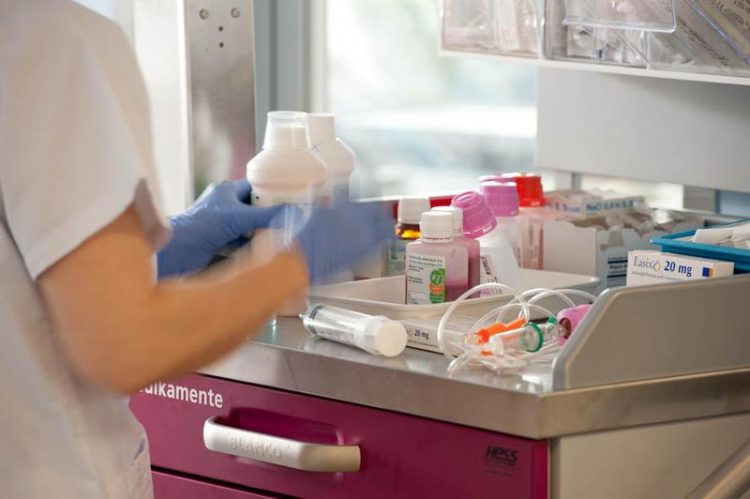 By nature of the underlying medical condition, patients hospitalized in intensive care units are critically ill. As a physiological response to critical illness, an increased number of stress hormones is released that render the gastrointestinal tract more vulnerable to gastrointestinal bleeding.

In order to prevent this, most patients in intensive units routinely receive prophylactic medication using a “proton-pump inhibitor”. In a large clinical trial involving 33 intensive care units in 6 EU countries and Switzerland, it was now investigated whether this clinical routine indeed provides clinical benefits for critically ill patients.

The results were published in the renowned New England Journal of Medicine on 24 October 2018 and, simulaneously, made public at the annual congress of the European Society of Intensive Care Medicine in Paris.

Comparable mortality rates and complications in patients with and without prophylaxis

The large-scale clinical trial comprised about 3,300 critically ill patients treated in intensive care units. The Inselspital Bern served as Switzerland’s coordination center. Half of the patients received a proton-pump inhibitor to guard against gastrointestinal bleeding, whereas the other half was given a placebo.

After 90 days, there was no difference in mortality rates among critically ill patients treated with versus without the prophylaxis. Rates of pneumonia, certain gastrointestinal infections, or the frequencies of myocardial infarctions were comparable in both trial groups.

The number of treatment days without organ support on the intensive care unit was also similar. Thus, the researchers were unable to determine a clinical benefit for the prophylactic medication for the entirety of critically ill patients.

Prof. Dr. med. Joerg C. Schefold from the Department of Intensive Care Medicine at Inselspital Bern, who was leading the clinical trial in Switzerland, ranks the results as highly relevant for global clinical practice on intensive care units:

“Our new data suggest that most likely only few critically ill patients benefit from stress-ulcer prophylaxis. Thus, intensive care unit physicians should carefully consider whether routine use of such stress-ulcer prophylaxis is indeed indicated. This may especially be the case in vulnerable patient populations, such as in critically ill patients.”