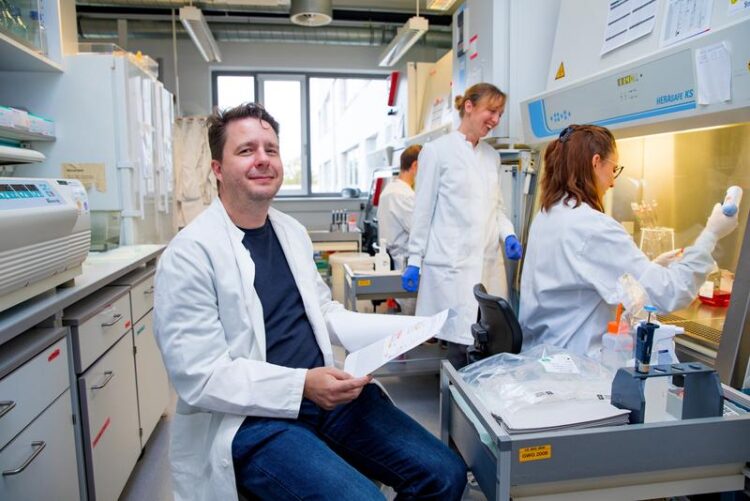 Protecting children and adults from hereditary deafness with the help of gene therapy is one of the goals of Professor Dr. Dr. Axel Schambach, head of the Institute for Experimental Haematology at Hannover Medical School (MHH). To this end, he has already received one of the highest European Union grants earmarked for excellent science. His research project iHEAR was awarded the coveted “Consolidator Grant” of the European Research Council (ERC). In the new MY-O-SENSES project, the results of his pioneering research will now be used to develop a drug against a specific form of hearing loss in cooperation with the MHH Department of Otolaryngology. The EU is supporting the project in the category “ERC Proof of Concept Grant” for 18 months with funding amounting to 150,000 euros.

Therapy right in the inner ear

There are various reasons why people suffer hearing loss. In the case of so-called sensoneural hearing loss (SNHL), congenital changes in the genetic material usually play a role. It is one of the most common genetic disorders of the sensory organs and affects more than 430 million people worldwide. Genetic alterations in more than 150 genes are possible causes of SNHL. A particularly severe form is Usher syndrome type 1B (USH1B). In addition to profound deafness, those affected also suffer from a loss of vision and balance. Responsible for this is a mutation in a gene called MYO7A, which Professor Schambach and his team are focusing on. If a person inherits the damaged gene from both father and mother, no healthy variant can compensate for this deficiency and the disease takes hold. So far, there is no cure, only treatment with supportive systems such as the cochlear implant are possible. However, the hearing prosthesis does not help against impaired vision or dizziness. “In our project, we want to directly address the causes and bring a healthy variant of this gene directly to the location in the inner ear where the sensory cells for hearing processing and balance are located,” says the molecular physician.

This is done with a so-called viral vector. This means of transport, also known colloquially as a gene taxi, is intended to deliver the therapeutic gene precisely to the inner and outer cells of the cochlea in the inner ear by microinjection. “Since MYO7A is a very large gene, we need a gene taxi with a large boot, so to speak,” says Professor Schambach. The research team therefore uses lentiviral vectors (LV), which can carry a large amount of genetic material without losing it on the way. “We have already developed such an LV system in the iHEAR project and successfully tested it in the mouse model against hearing disorders and dizziness,” the scientist notes. In the MY-O-SENSES project, the aim is now to use the data collected to further improve the vector system so that it is as safe and effective as possible without causing undesirable side effects. In addition, the researchers want to investigate which dose and which time of treatment are ideal in order to achieve the most comprehensive cure with the least amount of genetic material.

If everything works, the gene therapy will be tested in clinical trials on humans at the end of the project. Professor Schambach is certain that the procedure has great potential. “In addition to being administered to the inner ear, the therapeutic could also be used in the eye to treat blindness associated with USH1B,” he says. Other forms and age-related severe hearing loss could also potentially be treated in this way.