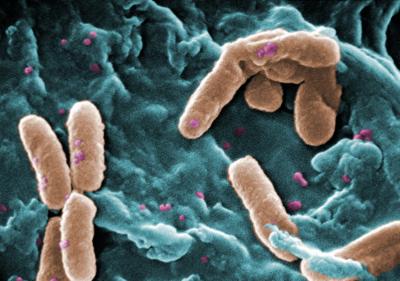 Children and young adults with cystic fibrosis (CF) whose lung infections were treated with suboptimal doses of antibiotics had fewer changes in lung microbial diversity during the IV treatment, and their microbial diversity levels were higher 30 days later, a multi-institutional study that includes Children's researchers shows.

By contrast, patients who were treated with therapeutic doses had greater decreases in lung microbial diversity and significantly lower diversity levels when the antibiotic treatment ended as well as 30 days later.

“With the subtherapeutic treatment group, this could represent a 'basement effect' where it is harder to decrease diversity when it is already low to start. Also patients in the subtherapeutic group had more advanced disease than those in the therapeutic group, which may influence the findings,” explains Andrea Hahn, M.D., MS, an infectious disease specialist at Children's National Health System and the study's lead author.

The findings, published online Feb. 22, 2019, in Scientific Reports, clearly establish the importance of the interplay between baseline microbial diversity and lung function and have the potential to improve clinical practices, the research team writes.

More than 30,000 people in the U.S. live with CF, a genetic disease that leads to recurrent lung infections that gradually deplete lung function over time. People with this disease frequently require hospitalization for these infections, known as acute pulmonary exacerbations (APEs), which are typically treated with antibiotics. These often include beta-lactams, a class of antibiotics that include penicillin and a host of other structurally related compounds.

To investigate this question, Dr. Hahn and colleagues recruited 20 patients between 1 to 21 years of age who were treated for APEs with beta-lactam antibiotics at Children's National. For each patient, the researchers collected four samples of respiratory fluid:

They ran each sample through genetic testing to determine the types of bacteria present and their relative abundance. The research team also collected blood samples from each patient while they underwent their antibiotic courses, as well as data on their lung function.

These 20 patients underwent 31 courses of antibiotics over the study period, which lasted from March 2015 to August 2016. Dr. Hahn and colleagues found that only about 45 percent of these courses were considered therapeutic, with blood concentrations of these drugs rising high enough to effectively treat their infections.

Dr. Hahn adds that eventually it may be possible to avoid this effect by keeping closer tabs on CF patients' antibiotic blood levels in real time to make sure that each APE is treated with therapeutic-level dosing.

“What this study shows is that levels of the antibiotics we give probably play a role in patients' ability to recover baseline diversity,” she says. “If we pay more attention to drug levels when using these types of antibiotics to ensure that dosing is sufficient, we could potentially improve patients' clinical outcomes over time.”

Financial support for the research described in the report was provided by the National Institutes of Health under K12 Career Development award K12HL119994 and the NIH National Center for Advancing Translational Sciences' Second Annual President's Award for Innovative Research under award UL1TR000075. The researchers' findings are solely the responsibility of the authors and do not necessarily represent the official views of the National Center for Advancing Translational Sciences or the National Institutes of Health.