Cells that destroy the intestine 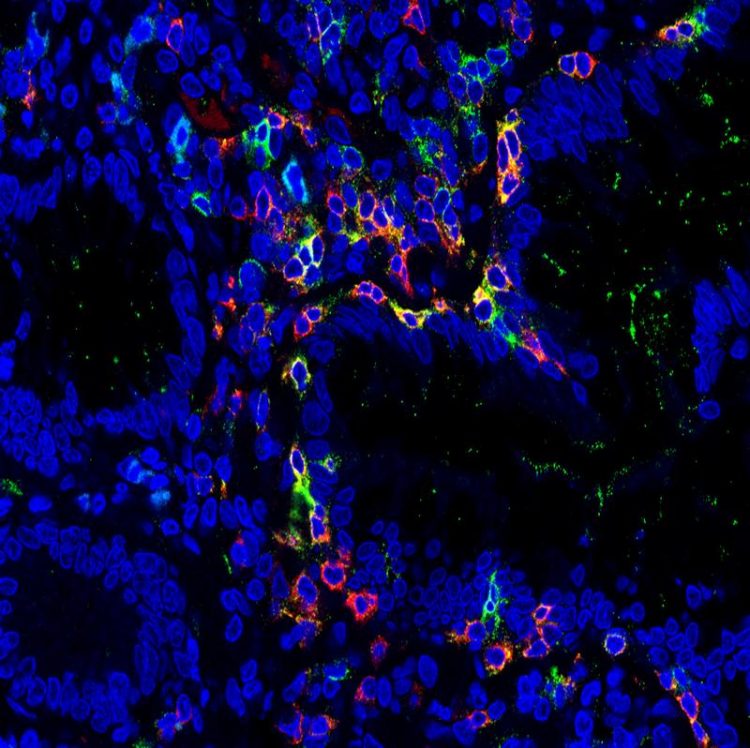 Chronic inflammatory diseases are caused by a complex mixture of various factors. This leads eventually to the intestine's immune system becoming over-stimulated, with the resulting inflammation often leading to serious symptoms of disease.

The immune system in the intestines includes cells known as tissue resident memory cells, or TRM cells for short. So far, scientists were unaware of the part these cells had to play in causing chronic inflammation in the intestines.

In cooperation with Sanquin Research Institute in the Netherlands, the researchers were able to prove, for example, that TRM cells have a highly inflammatory potential, and appear to induce flare-ups.

The data also suggest that TRM cells regulate the migration and differentiation of other immune cells and therefore have a central role to play in regulating the immune response. Accordingly, patients with a high proportion of TRM cells in their intestinal lining have a greater risk of suffering from acute inflammatory episodes than those with a lower proportion.

'Until now, no-one realised that TRM cells have a role to play in immunological diseases,' explains Prof. Dr. Markus F. Neurath. 'We believe that our findings are also of relevance for other chronic inflammatory diseases.'

In addition, the researchers hope that their discovery will form the basis for treating diseases in future. 'Future treatments may well be based on the important role TRM cells have to play in the chronic inflammation of the intestine,' predicts Dr. Sebastian Zundler, 'by taking early action, we may be able to suppress the disease or flare-ups of the condition.'