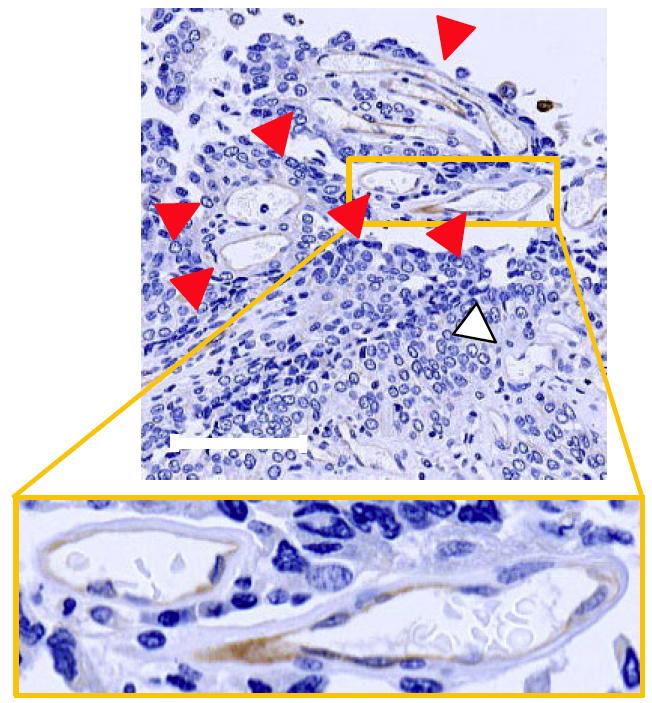 Chemotherapy is often chosen for treating inoperable cancers, such as locally advanced and metastasis cases. It is, therefore, essential to unravel drug-resistance in this treatment, which has been a major factor in making cancer malignant and causing metastasis.

Tumor blood vessels play a key role in cancer progression because they carry nutrients and oxygen to tumors and serve as pathways for metastasis. It had been generally believed that tumor endothelial cells (TEC) lining tumor blood vessels did not acquire drug-resistance.

For example, the group demonstrated for the first time that TEC in blood vessels resist paclitaxel – a chemotherapy medication used for second-line treatment of urothelial cancer – due to the expression of ABCB1 which pumps out the drug from blood vessels.

However, much remains unknown about how human blood vessels are involved in cancer acquiring drug-resistance.

To help unravel this mystery, the group first analyzed tumor tissue samples from urothelial cancer patients before and after they underwent first-line chemotherapy.

In another experiment, mice with urothelial cancer administered with the ABCB1 inhibitor together with paclitaxel showed suppressed formation of new blood vessels and thus metastasis to the lung.

“Our study provides evidence, for the first time in humans, that inflammatory changes in tumors can cause drug resistance in cancer blood vessels,” says Kyoko Hida of Hokkaido University who led the group. “These findings could help devise new treatment strategies, such as the development of inhibitors targeting ABCB1 and IL-8, to suppress drug resistance and improve prognosis.”