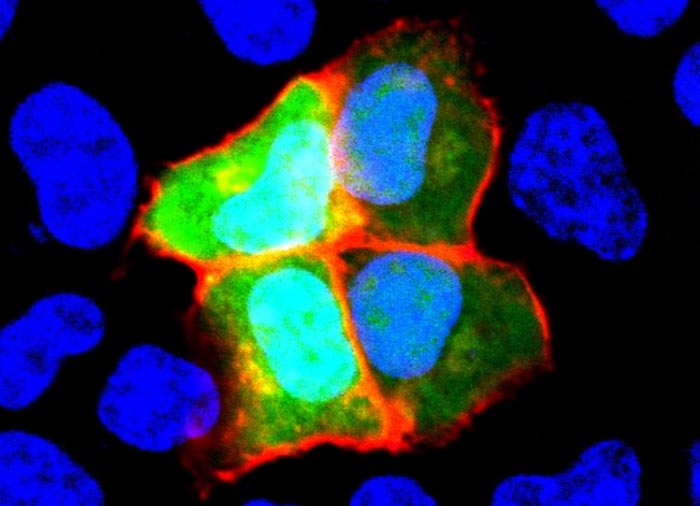 NCAM1 is induced only in green cells (HeLa cells). Serum from patients with anti-NCAM1 autoantibody react only to green cells (framed in red).
Credit: Department of Psychiatry and Behavioral Sciences, TMDU

New evidence for an autoimmune cause of schizophrenia.

Researchers from Tokyo Medical and Dental University (TMDU) identify an autoantibody that may cause schizophrenia in some individuals.

Schizophrenia is a disorder that affects how people act, think, and perceive reality. It is often very difficult to treat because it has many different causes and symptoms. In a study published last month in Cell Reports Medicine, researchers from Tokyo Medical and Dental University (TMDU) have identified an autoantibody—a protein that is produced by the immune system to attach to a specific substance from the individual’s own body, rather than to a foreign substance like a virus or bacteria—in some patients with schizophrenia. Notably, they also found that this autoantibody caused schizophrenia-like behaviors and changes in the brain when they injected it into mice.

When considering possible autoantibodies that might cause schizophrenia, the research team had a specific protein in mind. Previous research has suggested that neural cell adhesion molecule (NCAM1), which helps cells in the brain talk to one another via specialized connections known as synapses, may have a role in the development of schizophrenia.

“We decided to look for autoantibodies against NCAM1 in around 200 healthy controls and 200 patients with schizophrenia,” explains lead author of the study Hiroki Shiwaku. “We only found these autoantibodies in 12 patients, suggesting that they may be associated with the disorder in just a small subset of schizophrenia cases.”

The research team didn’t stop there—they wanted to know whether these autoantibodies could cause any changes that commonly occur in schizophrenia, so they purified autoantibodies from some of the patients and injected them into the brains of mice.

“The results were impressive,” says Hidehiko Takahashi, senior author. “Even though the mice only had these autoantibodies in their brains for a short time, they had changes in their behavior and synapses that were similar to what is seen in humans with schizophrenia.”

Specifically, mice with the patient autoantibodies had cognitive impairment and changes in their regulation of the startle reflex, which are both seen in other animal models of schizophrenia. They also had fewer synapses and dendritic spines, which are structures that are important for the connections between brain cells, and are also affected in schizophrenia.

Given that schizophrenia can present very differently among patients and is often resistant to treatment, the results of this study are promising. If schizophrenia is indeed caused by autoantibodies against NCAM1 in some patients, this will lead to important improvements in their diagnosis and treatment.

The article, “Autoantibodies against NCAM1 from patients with schizophrenia cause schizophrenia-related behavior and changes in synapses in mice,” was published in Cell Reports Medicine at DOI: 10.1016/j.xcrm.2022.100597 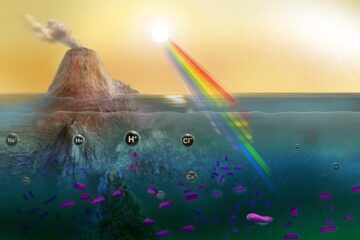