Home / Health and Medicine / A new link between migraines, opioid overuse may be key to treating pain
21.11.2019

A new link between migraines, opioid overuse may be key to treating pain 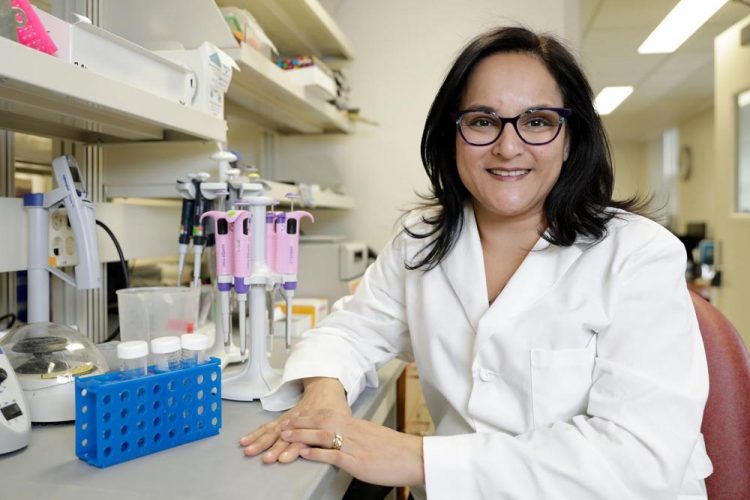 About 10% of the world population suffers from migraine headaches, according to the National Institute of Neurological Disorders and Stroke. To alleviate migraine pain, people are commonly treated with opioids. But, while opioid treatment can provide temporary pain relief for episodic migraines, prolonged use can increase the frequency and severity of painful migraines.

Researchers have tried to understand how opioids cause this paradoxical increase in pain for a decade, but the mechanism remained elusive — until now.

Researchers at the University of Illinois at Chicago and colleagues discovered that a peptide — small chains of amino acids that can regulate many behaviors and brain signaling pathways — links together migraine pain and pain induced by opioid overuse.

Their findings are published in the journal Molecular and Cellular Proteomics.

Amynah Pradhan, senior author and UIC associate professor of psychiatry at the College of Medicine said, “Endorphin is an example of a peptide that signals the brain to give a 'runner's high.' However, not all peptides signal for pleasant outcomes. Pituitary adenylate cyclase-activating peptide, or PACAP, is a peptide that can induce migraines in migraine-prone individuals. Because the overuse of opioids can lead to worse migraines, we wanted to determine whether opioid-induced pain changed the amounts of peptides in the brain and understand if pain from migraines and opioid overuse shared any peptides in common.”

To study these peptides, Pradhan and her colleagues, including researchers at the University of Illinois at Urbana-Champaign, developed two animal models: migraine pain and opioid overuse pain, both in mouse models. Using mass spectrometry to identify peptides and their quantities in the animal samples, they found only a few peptides were altered in both models. PACAP was one of them.

“We were amazed to find PACAP in both models,” Pradhan said. “This study validates prior work on PACAP's role in migraine pain and, more importantly, is the first to identify PACAP as a factor in opioid-induced pain. It is also significant that the PACAP increase was seen in major pain processing sites of the brain, in both models.

“These findings provide strong evidence that PACAP is involved in both migraine and opioid-overuse pain. We finally understand a mechanism through which opioids may exacerbate migraines — through PACAP.”

Pradhan said these findings can inform the development of real-world treatments.

“Companies are developing therapies for migraine pain right now,” Pradhan said. “There are clinical trials underway to test antibodies targeting PACAP and a PACAP-binding receptor. Based on our data, these therapies may be extremely effective for people that have used opioids to treat their migraines.”

This research may benefit people suffering from non-migraine pain as well, she said, as people with chronic pain also experience opioid-induced pain after overuse.