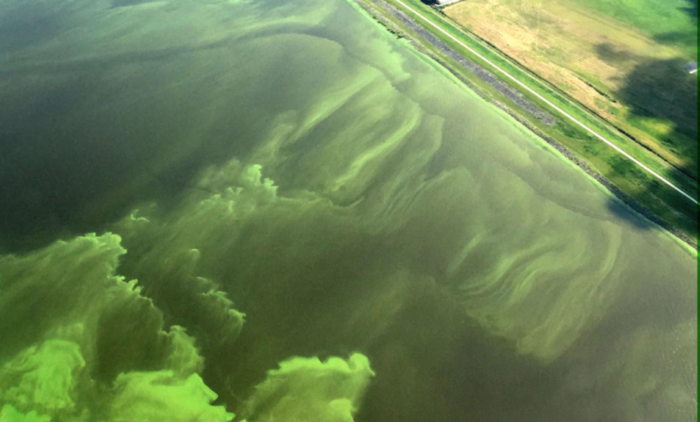 Researchers take a granular look at global inputs and impacts of human wastewater in coastal ecosystems.

The tendency for most of us when it comes to human wastewater is out of sight, out of mind. Rarely do we consider what happens after we flush that toilet or turn off that tap.

However, researchers at UC Santa Barbara have turned their attention and considerable computational power to the subject and its impacts on global coastal ecosystems. The results aren’t pretty, but they are enlightening.

“The motivation behind this research was a desire to have a fine-grain understanding of how wastewater is impacting coastal waters worldwide,” said Cascade Tuholske, the lead author of a paper that appears in the journal PLOS One. While research on terrestrial threats to coastal marine ecosystems often focuses on agricultural runoff and what happens when fertilizer and livestock waste winds up in the ocean, he said, few studies investigate what happens when human sewage does the same.

“This isn’t the first study to produce a global wastewater model, but it is the first study to map the inputs of nitrogen and pathogens from wastewater across 130,000 watersheds across the planet,” Tuholske said. “And this is important because there are trade-offs in the intervention space.” Information from this model, he added, could make those trade-offs clearer and management decisions easier to make.

The Scale of the Problem
The majority of human wastewater is discharged into the ocean around the world in a variety of treated and untreated states from sewage, septic and direct input sources. Not surprisingly, major human wastewater sources are also places with dense human populations, which tend to aggregate around major watersheds.

“We estimate that 25 watersheds contribute approximately 46% of global nitrogen inputs from wastewater into the ocean,” said Tuholske, a postdoctoral researcher at Columbia University who conducted this study as a graduate student at UC Santa Barbara. “Nearly half as much nitrogen comes from wastewater as agricultural runoff globally,” he added, “which is a huge fraction.” Coastlines all around the world are affected by increased nitrogen, according to the paper.

Tuholske and an interdisciplinary group of fellow UCSB scientists — Ben Halpern, Gordon Blasco, Juan Carlos Villasenor, Melanie Frazier and Kelly Caylor — have created a data visualization that maps globally the sources and destinations of nitrogen, a common element in both agricultural and human wastewater that causes eutrophication. It’s a phenomenon in which excessive nutrients create phytoplankton blooms just offshore that produce toxins and deprive the waters in the area of oxygen. These so-called “dead zones” not only suffocate the sea life unfortunate enough to be trapped in them, but also can cause problems in the food chain, including for humans.

“Many coastal ecosystems, such as coral reefs and seagrass beds, are particularly sensitive to excess nutrients, even if you don’t have a dead zone,” said Halpern, a professor in the Bren School of Environmental Science & Management and the director of the National Center for Ecological Analysis & Synthesis at UCSB. “The whole ecosystem can tip into a highly degraded state when nutrient levels are too high. Coral reefs can be converted into fields of algae that overgrow and kill the corals below them. Our work here helps map where nutrients from wastewater are likely putting these ecosystems at greatest risk.”

For Tuholske, whose research focuses on food systems, the model puts into stark relief the impact of modern diets on coastal ecosystems.

“What was really surprising through this research is how diets shifting to animal-based proteins are impacting marine ecology,” he said. As countries get wealthier and incorporate more meat into their food systems, he explained, the more nitrogen shows up in the wastewater, in addition to the already high levels generated by agriculture.

“The more burgers people are eating, the more nitrogen is getting into the ocean,” he said.

Two Targets
Excessive nitrogen isn’t the only concern with the growing amount of human wastewater being discharged into the ocean; where wastewater goes, so too go pathogens. But the removal of nitrogen or pathogens can require very different methods, which can make it difficult for decisionmakers with finite resources and varying priorities to weigh their options between improving public health and protecting coastal ecosystems.

With the fine-scale estimates of nutrient and pathogen inputs provided by this model, the aim is to provide information that can lead to local solutions that together can tackle a complex global problem.

“These top-down, fine resolution hotspot maps can be matched with bottom-up approaches, and we can transfer knowledge across geographies,” Tuholske said. “Adaptation and mitigation really come from the bottom up, and having a global map helps to target priorities and share knowledge.

“While we map the scale of this problem, we can do something about it,” he added. “We can protect both public health and coastal ecosystems.”