Home / Ecology, The Environment and Conservation / Tiny microscopic hunters could be a crystal ball for climate change
26.10.2021

Tiny microscopic hunters could be a crystal ball for climate change 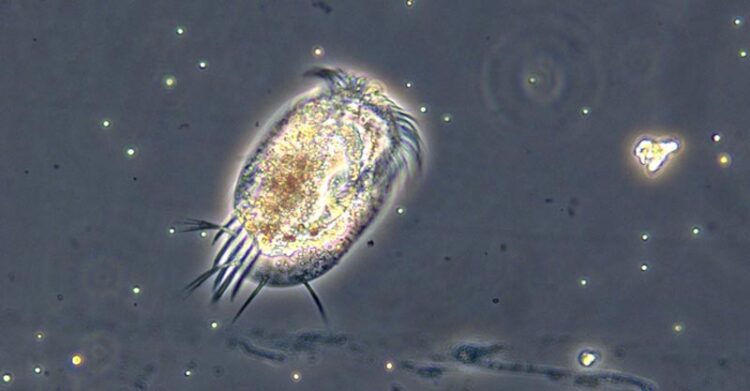 Scientists say a few simple measures of a protist’s cell size and shape can be powerful predictors of how they might respond to global warming.
Courtesy of Dan Wieczynski

It’s hard to know what climate change will mean for Earth’s interconnected and interdependent webs of life. But one team of researchers at Duke University says we might begin to get a glimpse of the future from just a few ounces of microbial soup.

Every drop of pond water and teaspoon of soil is teeming with tens of thousands of tiny unicellular creatures called protists. They’re so abundant that they are estimated to weigh twice as much as all the animals on Earth combined.

Neither animals nor plants nor fungi, the more than 200,000 known species of protists are often overlooked. But as temperatures warm, they could play a big role in buffering the effects of climate change, said Jean Philippe Gibert, an assistant professor of biology at Duke.

That’s because of what protists like to eat. They gobble up bacteria, which release carbon dioxide into the air when they respire, just like we do when we breathe out. But because bacteria account for more of the planet’s biomass than any other living thing besides plants, they are among the largest natural emitters of carbon dioxide — the greenhouse gas most responsible for global warming.

In a study published Oct. 19 in Proceedings of the National Academy of Sciences, Gibert, postdoctoral researcher Dan Wieczynski and colleagues tested the effects of warming on bacteria-eating protists by creating mini ecosystems — glass flasks each containing 10 different species of protists going about the business of eating and competing and reproducing.

The flasks were kept at five temperatures ranging from 60 degrees to 95 degrees Fahrenheit. Two weeks later, the researchers looked to see which species had survived at each temperature and measured how much CO2 they gave off during respiration.

“To me, the question was a simple one in nature,” Gibert said. “Is there something to be measured on living organisms, today, that may allow us to predict their response to increasing temperature, tomorrow?”

The answer was yes. The researchers were surprised to find that each species’ response to temperature could be predicted from just a few simple measurements of their size, shape and cell contents. And together, these factors in turn influenced respiration rates for the community as a whole.

They also found that by taking measurements such as cell size and shape and plugging them into a mathematical model, they could get very close to how things played out in their mini ecosystems in reality.

“We can actually use what we know about the relationship between traits and temperature responses at the species level, and scale it all the way up to a whole ecosystem level,” Wieczynski said.

The work is important because it sheds light on “how climate change will alter microbial communities and how this will feed back to influence the pace of climate change,” Wieczynski said.

This research was supported by a grant from the U.S. Department of Energy (DE-SC0020362).