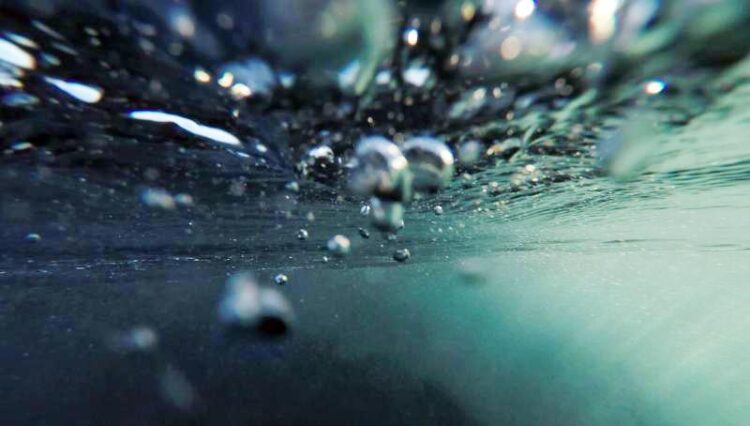 The distribution of oxygen in the water column is primarily determined by the vertical circulation
(c) MARUM/ T. Klein

The movement of water masses in the ocean, its circulation, is an essential component of the global climate system. In a study recently published in the journal Proceedings of the National Academy of Science (PNAS), researchers were able to show that circulation in the deep ocean was significantly slowed down during the last glacial period. Analyses of sediment samples show that the decomposition of organic carbon in the water masses of the deep sea consumed the oxygen available there.

Scientists from Oklahoma State University (USA), GEOMAR Helmholtz Centre for Ocean Research Kiel, and MARUM – Center for Marine Environmental Sciences at the University of Bremen are involved in the publication.

As a natural sink for carbon, the ocean is a central element of the Earth’s climate system. The amount of carbon removed from the system in the long run depends on how much particles containing carbon are stored in the seabed. Here, the availability of dissolved oxygen is of central importance, as it is consumed during the microbial decomposition of previously formed biomass. The distribution of oxygen in the water column is primarily determined by the vertical circulation. To answer the question of whether the corresponding conditions in the deep ocean were subject to changes in the recent history of the Earth, the authors of the new study examined sediment samples. Chemical elements that can be used as indicators for oxygen-free conditions and are preserved in the sediment over thousands to millions of years were analyzed.

The sediment cores available to the team came from the Cape Basin off the west coast of southern Africa, from water depths between 1,000 and 2,500 meters. Due to the ocean currents, the area is one of the most biologically productive ones: Cold, nutrient-rich water from the depth increases the productivity of phytoplankton. Sinking particles of dead organic material is processed by microorganisms in the water column, as well as on the seabed. This process mostly consumes oxygen. If large amounts of organic material sink, this can require more oxygen than is supplied by the ocean currents. The water column becomes “anoxic”, which means oxygen-free.

Oxygen Deficiency Also Detected in the Deep-Sea During Ice Age

Using geochemical signatures in the sediments, the researchers were able to prove that much less oxygen must have been available in the deep ocean during the last glacial period compared to warmer phases. Until now, glacial periods were known to have a stronger temperature gradient between the poles and the equator that was directly related to an increase in wind circulation, thus a stronger upwelling of nutrient-rich water and, in turn, more intensive biological production. It was also known that due to the formation of polar ice caps and the resulting lower sea level in cold periods, the near-shore upwelling shifted towards the continental slope and thus the deeper parts of the ocean. “What is new about the current study is that the depletion of oxygen is not limited to water depths of a few hundred to a thousand meters but has now also been detected at the bottom of the ocean”, says co-author Dr. Matthias Zabel from MARUM.

This can essentially be attributed to two causes: Intensive decomposition processes of the biomass that was increasingly produced during glacial periods consumed a lot of oxygen. The increased content of organic carbon in the sediments studied can be seen as a clear indication that the availability of oxygen must have been severely restricted at the same time. “Today, oxygen-free zones are found on the shallow shelf up to a water depth of a few hundred meters, that is at the transition from the continental shelf to the open ocean. During the Ice Age, on the other hand, the water of the open ocean was anoxic at greater depths”, emphasizes Dr Florian Scholz. The GEOMAR biogeochemist is co-author of the study and head of the Emmy Noether research group ICONOX – Iron cycling in continental margin sediments and the nutrient and oxygen balance of the ocean.

Implications for the Global Carbon Cycle

“From the sediment samples, we understand that during glacial periods, organic material was degraded less effectively in the deep ocean and consequently more organic carbon was buried in the seabed sink”, says Dr Scholz. “By analyzing these processes from Earth’s history in more detail, we can better assess whether slower circulation could also lead to increased storage of human-released carbon in deep-sea sediments in the future”, adds Dr Zabel, summarizing the significance of the new study for research. “Against the background of the anthropogenic CO2 increase current climate change, it is crucial to determine and evaluate processes and mechanisms that impact the oceanic bottom water oxygen content”, the paper states.