Home / Ecology, The Environment and Conservation / Stand-up paddle board made from renewable lightweight materials
03.08.2021

Stand-up paddle board made from renewable lightweight materials 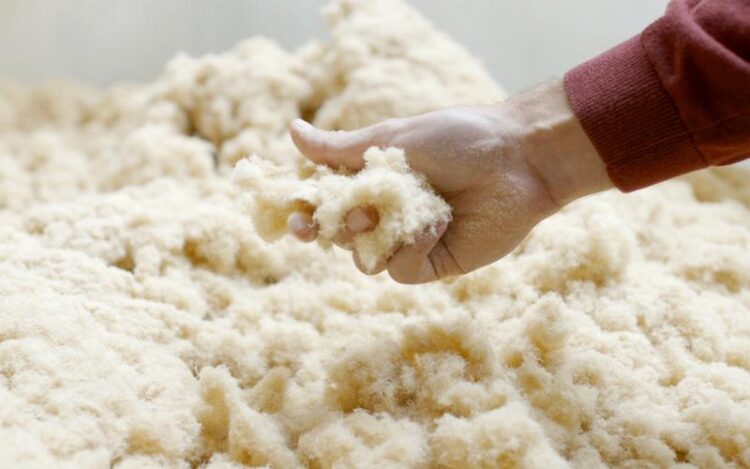 Stand-up paddling has become a popular sport. However, conventional surfboards are made of petroleum-based materials such as epoxy resin and polyurethane. Researchers at the Fraunhofer Institute for Wood Research, Wilhelm-Klauditz-Institut, WKI, want to replace plastic boards with sustainable sports equipment: They are developing a stand-up paddle board that is made from one hundred percent renewable raw materials. The ecological lightweight material can be used in many ways, such as in the construction of buildings, cars and ships.

Stand-up paddling (SUP) is a sport that is close to nature, but the plastic boards are anything but environmentally friendly. As a rule, petroleum-based materials such as epoxy resin, polyester resin, polyurethane and expanded or extruded polystyrene are used in combination with fiberglass and carbon fiber fabrics to produce the sports equipment. In many parts of the world, these plastics are not recycled, let alone disposed of correctly.

Large quantities of plastic end up in the sea and collect in huge ocean eddies. For Christoph Pöhler, a scientist at Fraunhofer WKI and an avid stand-up paddler, this prompted him to think about a sustainable alternative. In the ecoSUP project, he is driving the development of a stand-up paddle board that is made from 100 percent renewable raw materials and which is also particularly strong and durable. The project is funded by the German Federal Ministry of Education and Research (BMBF). The Fraunhofer Center for International Management and Knowledge Economy IMW is accompanying the research work, with TU Braunschweig acting as project partner.

“In standard boards, a polystyrene core, which we know as styrofoam, is reinforced with fiberglass and sealed with an epoxy resin. We, instead, use bio-based lightweight material,” says the civil engineer. Pöhler and his colleagues use recycled balsa wood for the core. This has a very low density, i.e. it is light yet mechanically stressable. Balsa wood grows mainly in Papua New Guinea and Ecuador, where it has been used in large quantities in wind turbines for many years – up to six cubic meters of the material can be found in a rotor blade. Many of the systems are currently being disconnected from the grid. In 2020 alone, 6000 were dismantled. A large proportion of this is burnt. It would make more sense to recover the material from the rotor blade and recycle it in accordance with the circular economy. “This was exactly our thinking. The valuable wood is too good to burn,” says Pöhler.

Patented technology for the production of wood foam

But how is it possible to recover the balsa wood from the rotor blade — after all, it is firmly bonded to the glass-fiber reinforced plastic (GFRP) of the outer shell? First, the wood is separated from the composite material in an impact mill. The density differences can be used to split the mixed-material structures into their individual components using a wind sifter. The balsa wood fibers, which are available as chips and fragments, are then finely ground. “We need this very fine starting material to produce wood foam. Fraunhofer WKI has a patented technology for this,” explains the researcher. In this process, the wood particles are suspended to form a kind of cake batter and processed into a light yet firm wood foam that holds together thanks to the wood’s own binding forces. The addition of adhesive is not required. The density and strength of the foam can be adjusted. “This is important because the density should not be too high. Otherwise, the stand-up paddle board would be too heavy to transport.”

Since the entire sandwich material used in conventional boards is to be completely replaced, the shell of the ecological board is also made from one hundred percent bio-based polymer. It is reinforced with flax fibers grown in Europe, which are characterized by very good mechanical properties. To pull the shell over the balsa wood core, Pöhler and his team use the hand lay-up and vacuum infusion processes. Feasibility studies are still underway to determine the optimal method. The first demonstrator of the ecological board should be available by the end of 2022. “In the interests of environmental protection and resource conservation, we want to use natural fibers and bio-based polymers wherever it is technically possible. In many places, GFRP is used even though a bio-based counterpart could do the same,” Pöhler sums up.

Initially, the researchers are focusing on stand-up paddle boards. However, the hybrid material is also suitable for all other boards, such as skateboards. The future range of applications is broad: For example, it could be used as a facade element in the thermal insulation of buildings. The technology can also be used in the construction of vehicles, ships and trains.