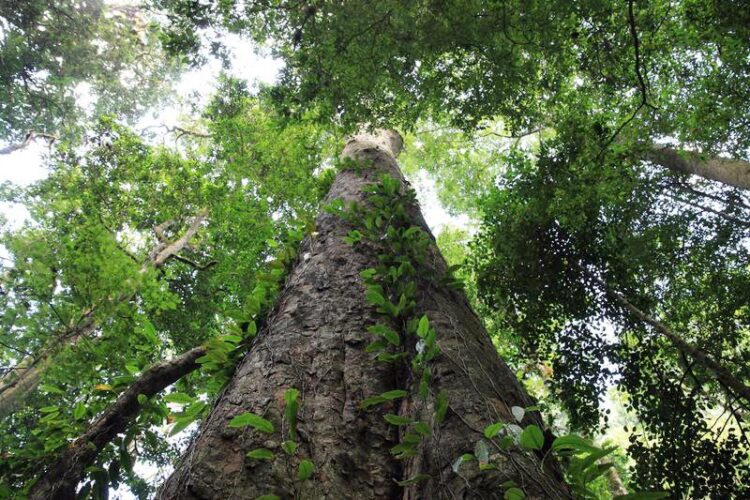 The tropical mountain forests of Africa store more carbon per hectare in their above-ground biomass than all other tropical forests on earth. With this great storage capacity, which was previously estimated by the Intergovernmental Panel on Climate Change (IPCC) to be considerably lower, they have made a major contribution to climate protection.

This is the conclusion of a study published in Nature by an international network of researchers who are urging for the preservation of these carbon-rich ecosystems. Dr. Andreas Hemp from the University of Bayreuth and his team investigated carbon stocks in the mountain forests of Kilimanjaro.

“Especially in East Africa, most forests are located in mountainous regions, so they are of crucial importance here for the carbon cycle and climate protection. Our study, which has quantified this storage capacity for the first time, makes clear the ecological damage that further clearing of mountain forests would cause. And conversely, it also shows the benefits of the reforestation measures supported by many African states. Based on previous research, it has been established that African mountain forests are biodiversity hotspots and are home to a large number of endemic plant and animal species, i.e. species that do not exist anywhere else on earth. This insight alone confirms that efforts to preserve these resources should be intensified,” says Dr Andreas Hemp.

Together with partners in Germany, Kenya, and Tanzania, the Bayreuth biologist has been researching the flora on Mount Kilimanjaro for more than 30 years. As part of the joint project “Kili-SES” funded by the German Research Foundation (DFG), he is investigating the change in vegetation on Mount Kilimanjaro and the climatic, economic, and social causes involved. For the study, which has now been published in Nature, he carried out, together with his research team, systematic measurements in mountain forests on Mount Kilimanjaro: “If you know the height, circumference, and wood density of the tree trunks, you can determine the amount of carbon stored in the trees with some accuracy on the basis of these measurements,” explains Hemp.

Due to the rarity of destructive cyclones in Africa, the comparatively high carbon stocks of African tropical forests are based not least on the high storage capacity of very large trees, which can grow undisturbed in both mountain and lowland regions. The tallest trees in Africa are found on Mount Kilimanjaro, as a research group led by Dr. Andreas Hemp discovered in 2016.

Potential parasites in the most common amoeba in wastewater treatment plants

One size does not fit all in Antarctica

Deadwood in the global carbon cycle