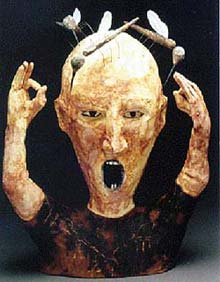 So you think you know mosquitoes?

Consider the venerable law that rainy weather is the cause of increased mosquito populations.

An ecologist at Washington University in St. Louis says if you believe that, youre all wet.

Jon Chase, Ph.D., assistant professor of biology in Arts & Sciences at Washington University, and his wife Tiffany Knight, Ph.D., a postdoctoral researcher at the University of Florida, have found that the previous years’ drought is the cause of high mosquito populations coming out of wetlands in the following year. This is because some wetlands, which are the home to mosquito larvae, dry during drought years, drastically reducing mosquito predators – from fish to water beetles – and competitor species such as snails, tadpoles, and zooplankton.

This conclusion stands the ecological world on its head and, with more extensive scrutiny, eventually could have implications in prediction and control of diseases like West Nile virus, St. Louis encephalitis and malaria that are all carried by mosquitoes. The study will appear in the November issue of Ecology Letters.

Chase and Knight are now analyzing data from locales across North America to see if their results found in local wetlands translate to larger spatial scales.

“We’re dealing with the ecology of mosquito larvae in wetland food webs and trying to see if this translates to the landscape level,” said Chase. “This is important because mosquitoes live in all sorts of habitats besides the ponds, marshes, and swamps that we studied. Consider treeholes, tires and puddles. With the data we have we’re trying to run correlations between precipitation and mosquito density over 20-year and 30-year spans to see how well our hypothesis predicts mosquito abundance. We’ve found that the current year’s precipitation explains almost nothing but the past year’s precipitation explains a lot. ”

The team also is looking into disease implications.

“This (disease) is much harder to prove because there is so much epidemiology to take into consideration, for instance the role of intermediate hosts and other complexities,” Chase said . “Very few people are looking at these mosquito-borne diseases in a modern ecological context. Most of the work comes from the epidemiological, genomic and/or molecular biology perspectives.”

Chase, a community ecologist, and Knight, a population ecologist, came to their conclusion by accident. A pond they had been studying in Pennsylvania dried up during a drought and the next year, after the pond was replenished, mosquito larvae came back like gangbusters. They then surveyed approximately 30 ponds, some permanent but others semi-permanent and temporary. They found few mosquito larvae in permanent ponds but lots of mosquito predators; in ponds that dried up annually mosquito larvae were scarce because of lots of competitor species, zooplankton, snails and tadpoles. Those ponds that were usually full but dried out after a 1999 drought, however, had lots of mosquito larvae and very few predators and competitors because, Chase and Knight reason, those species aren’t adapted to dry spells in these ponds.

The team was able to recreate this natural study by filling tanks with soil and water and stocking them with mosquito larvae and other species found in natural ponds. They gave these artificial ponds three years to allow the ecosystem to form and stabilize, and then slowly drained some of the tanks to simulate a drought. The next year, the mosquito larvae numbers were very large compared with tanks that were drained each year or remained full.

Analyzing data provided by the city of Winnipeg, Canada, Chase and Knight found that drought the previous year is a much better predictor of high mosquito populations than the current year’s rainfall.