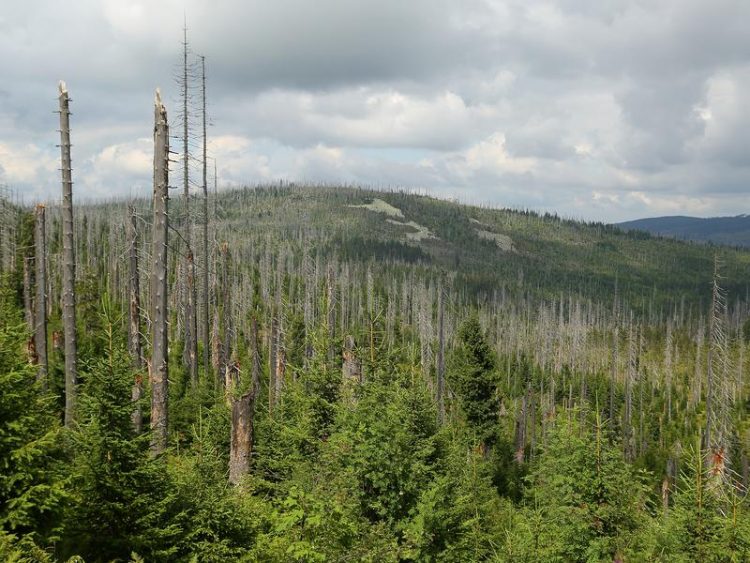 Spruces killed by bark beetles on the Lusen in the Bavarian Forest National Park in Germany. Ecologists call for preserving most of that dead wood in forests. Simon Thorn / University of Wuerzburg

Bark beetles, heat, drought, storms, and fires have damaged the German forests. Those who go for a walk there often encounter dead spruces and dried beech trees. “The forests are affected in all regions and need quick help,” says the website of the German Federal Ministry of Food and Agriculture.

Clear and reforest: this is how the ministry imagines this help. Minister Julia Klöckner plans a large-scale clear-up followed by reforestation programme. At least 500 million euros are needed for the programme and subsequent maintenance.

Researchers call for a radical change

“This policy is likely to create extensive, even forest stands that remain particularly vulnerable to the impacts of future climate change,” says Simon Thorn.

Germany should therefore reconsider its strategic and financial efforts to create forests resilient to future climate change. Here a radical change is necessary: The scientists suggest not to remove dead wood and not to conduct reforestation on large scales.

For centuries, forestry has followed a clearing and reforestation strategy. The consequences: a steady decline in biological diversity and the extinction of many fungi and insects that depend on dead wood.

According to Thorn, large-scale clear-ups following natural disturbances have negative effects on the diversity of insects which are dependent on deadwood.

This collides with the goals of the government’s coalition agreement, according to which the dramatic decline of insects should be halted. Instead, public subsidies should be aimed at preserving dead wood created by disturbances.

Natural disturbances such as storms, bark beetle outbreaks and drought create canopy gaps, which enable the regrowth of a wide variety of native tree species. According to the scientists, this increases the resistance of a forest to extreme weather events.

In contrast, rapid reforestation leads to dense groups of trees of the same age, which are highly susceptible to weather events and pests. Subsidies for forestry should better promote a diverse tree and age structure as well as the presence of canopy gaps. This strategy would simultaneously benefit economically important tree species and preserve endangered insects.

In the 1980s there was extensive forest damage in Central Europe, mainly caused by air pollution due to industry and traffic. At that time there was talk of “Waldsterben” or “Forest Dieback”. The current catchword “Waldsterben 2.0” refers to this period. The addition “2.0” expresses that the current forest damage has other causes this time – namely climate change.