Home / Ecology, The Environment and Conservation / Microplastic pollution of the Baltic Sea
25.02.2021 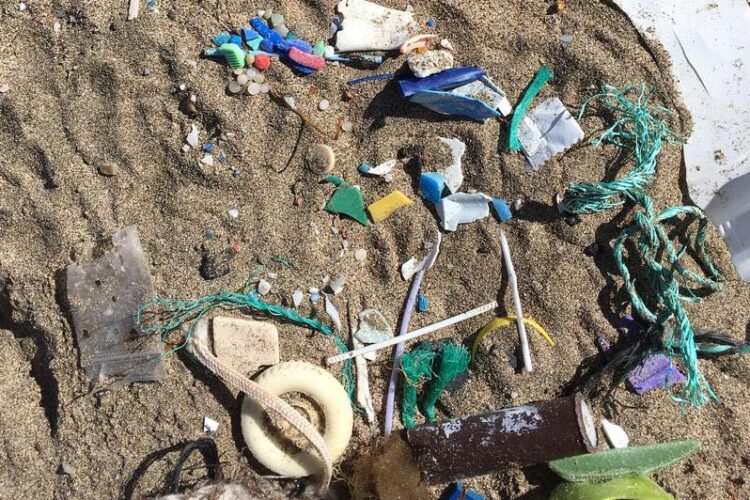 In order to assess the impact of microplastics on the oceans, it is necessary to know their quantity and their behaviour in the sea. So far, this knowledge is still incomplete because of a high analytical effort and high costs. For the Baltic Sea, comprehensive calculations of microplastics emissions are now available for urban pathways. Together with 3D-model simulations they provide new insights into transport, behaviour and deposition of microplastics in the marine environment. The results enable an improved monitoring and provide insights on the effectiveness of potential emission reduction measures. The number one in our cities: the reduction of stormwater overflows.

Plastic particles smaller than 5 mm are called microplastics. They have become the focus of environmental research and policy after they were detected all over the world, even in the most remote areas. And microplastics don’t disappear once they have entered the environment. They just decay into ever smaller particles, steadily accumulating, unless the entry pathways are getting closed. Populated areas are considered to be the central sources of microplastics in the ocean. Major urban pathways are wastewater treatment plants, stormwater overflows, and untreated wastewater.

Based on data for 3525 wastewater treatment plants and literature data, an international team of scientists led by Gerald Schernewski from the Leibniz Institute for Baltic Sea Research Warnemünde (IOW) calculated the emissions of microplastics into the Baltic Sea. The data for the most commonly used plastics between 0.02-0.5 mm in size were used as input for 3-dimensionsal model simulations covering the entire Baltic Sea area. These simulations provided an insight into transport pattern, behaviour and residence time of microplastics in the sea and identified major deposition sites.

In total, about 67 trillion microplastic particles enter the Baltic Sea each year from urban sources. 62% result from stormwater runoff including sewer overflow, 25% from wastewater treatment plants and 13% from untreated wastewater. On average, those microplastics only stay for about 14 days in the sea before they are deposited permanently. The model approach suggests an average annual microplastics concentrations of only 1 particle / m³ in the upper 2-m-surface layer of the central Baltic Sea. The vast majority of microplastics are deposited at coasts, especially near the emission points, usually large rivers and cities. Here, the annual deposition can reach up to 1 billion particles per meter of coastline. On average, the authors assume a deposition of 1 million particles per meter Baltic Sea coastline.

For Gerald Schernewski, head of the Coastal and Marine Management Working Group at the IOW, the results can have consequences for monitoring: “The model suggests short residence times in the sea and the highest deposition on the coasts near emission sources. This means that sampling and regular monitoring efforts should not focus on the sea itself but on coasts, especially in the vicinity of rivers mouths and cities. Our results suggest that bays and lagoons may serve as efficient traps for microplastics and protect the open Baltic Sea from pollution. We therefore recommend prioritizing these systems when designing monitoring strategies.”

The scientists also simulated the consequences of different reduction measures for microplastics emissions from urban pathways for the Baltic Sea. They found

– that the greatest effect would be achieved by reducing emissions via stormwater overflows: a reduction of stormwater overflows from currently 1.5 % to 0.3 %, would reduce the total amount of microplastic discharged to the Baltic Sea from urban sources by about 50 %.

– that if all wastewater would be processed by treatment plants with a third treatment stage, the total microplastics emissions would be reduced by 14 %. The implementation of this measure in the Eastern European river catchment areas alone could reduce the emissions by 50 %.

The IOW is a member of the Leibniz Association that connects 96 independent research institutions that range in focus from natural, engineering and environmental sciences to economics, spatial and social sciences and the humanities. The institutes are jointly financed at the state and national levels. The Leibniz Institutes employ a total of 20,000 people, of whom 10,000 are scientists. The total budget of the institutes is 1.9 billion Euros. http://www.leibniz-association.eu

How grasslands respond to climate change

24.03.2021 / Ecology, The Environment and Conservation
Back to the Homepage