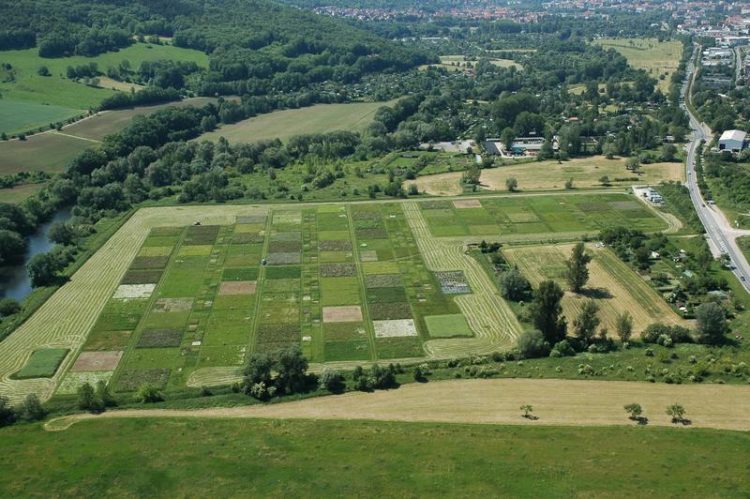 An ecosystem provides humans with natural “services”, such as the fertility of the soil, the quality of the groundwater, the production of food, and pollination by insects, which is essential for many fruits. Hence, intact ecosystems are crucial for the survival of all living things. What functional significance therefore does the extinction of species have?

Can the global loss of species ultimately lead to the poorer “functioning” of ecosystems? Professor Weisser from the Chair for Terrestrial Ecology at the TUM has summarized the findings of the long-term project “Jena Experiment”, which is managed by the Friedrich Schiller University Jena, since its inception in a 70-page article in the journal “Basic and Applied Ecology”. He was the speaker of the interdisciplinary research consortium up till the year 2015.

“One unique aspect of the Jena Experiment is the fact that we performed our experiments and analyses over 15 years”, explains Prof. Weisser. “Because the influence of biodiversity is only visible after a delay, we were only able to observe certain effects from 2006 or 2007 onwards — i.e. four or five years after the beginning of the project.”

If a habitat is destroyed due to human intervention, a species usually does not go extinct immediately, but instead some time later. According to these findings, this extinction then has a delayed effect on the material cycles.

The effects of biodiversity became correspondingly more pronounced over time in the Jena Experiment: In species-rich communities, the positive effects, such as carbon storage in the ground, microbial respiration, or the development of soil fauna only became more pronounced over time. On the other hand, the negative effects of monoculture also only became visible later on. “This means that the negative effects of current species extinctions will only become fully perceptible in a few years”, warns Weisser.

Farmers are not more successful than nature

80,000 measurements were taken by interdisciplinary working groups from Germany, Austria, Switzerland, and the Netherlands. In more than 500 test plots, they planted varying numbers of plant species, from monocultures to mixtures of 60 species. In addition to plants, all other organisms occurring in the ecosystem were also examined — in and above the ground. In addition, soil scientists also investigated the material cycles for carbon, nitrogen, and nitrate, as well as the water cycle over the entire 15-year period.

By doing so, researchers could prove how the diversity of species affected the capacity of the ground to absorb, store, or release water. “No other experiment to date has examined the nutrient cycle with such rigor”, says Prof. Wolfgang W. Wilcke from the Institute of Geoecology at the KIT in Karlsruhe. In the Jena Experiment, it was demonstrated for the first time the extent to which e.g. the nitrogen cycle of a certain piece of land depended on a wide range of factors such as species diversity, microbiological organisms, the water cycle, and plant interaction.

Among other things, the findings led to the following conclusions:

High-diversity meadows had a higher productivity than low-diversity meadows over the entire period of the Jena Experiment. Increased cultivation intensity via additional fertilization and more frequent mowing achieved the same effect: When a farmer promotes certain species and fertilizes, he is on average not any more successful than mother nature.
The energy of the biomass (bioenergy content) from high-diversity meadows was significantly higher than that from low-diversity meadows, but at the same time similar to that of many of today's highly subsidized species, such as miscanthus.

High-diversity areas achieved better carbon storage.
The number of insects and other species was significantly higher.
Reciprocal interactions between species such as pollination took place more frequently.
Higher-diversity meadows transported surface water into the soil better.
High-diversity ecosystems were more stable in the case of disruptions such as droughts or floods than low-diversity ecosystems.

Due to its breadth, the Jena Experiment proves for the very first time that a loss of biodiversity results in negative consequences for many individual components and processes in ecosystems. Hence, the loss of species worldwide not only means that a percentage of the evolutionary legacy of the earth is being irrecoverably lost, and that humans are not fulfilling their duty of care towards other creatures, but will have direct, unpleasant consequences for mankind. Among other things, the loss of species also has an effect on material cycles — which in turn have a direct influence on water supply, the source of all life.

The new spokesperson for the Jena Experiment is Professor Nico Eisenhauer from the German Centre for Integrative Biodiversity Research (iDiv) Halle-Jena-Leipzig. The expert from the Leipzig University will continue the experiment in order to investigate the underlying mechanisms of the biodiversity effects in greater detail. The founding members of the Jena Experiment were the Friedrich Schiller University Jena, where the scientific coordination is also based, and the Max Planck Institute for Biogeochemistry in Jena. It received substantial financial support from the German Research Foundation (DFG).