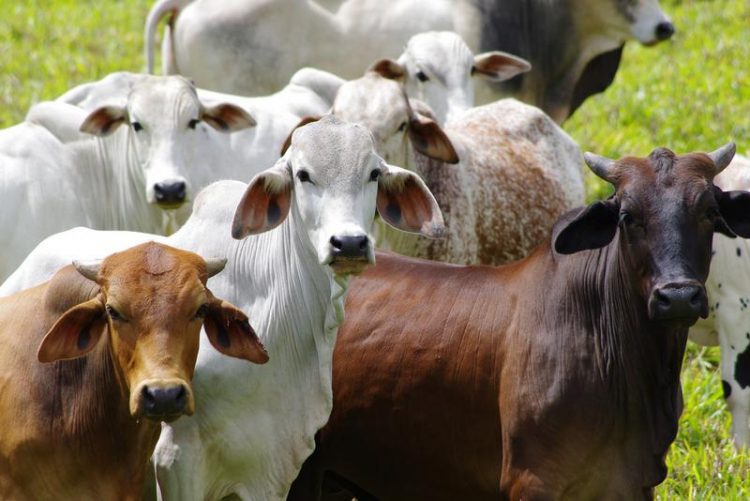 The study, published in the journal Proceedings of the National Academy of Sciences, showed that by subsidizing semi-intensive pasture-based cattle production or taxing conventional pastures Brazil may be able to deliver a substantial cut in global greenhouse gas emissions, even in the absence of a global agreement to prevent deforestation.

Brazil is the world's second largest producer of beef and the world's largest exporter of beef. Cattle pastures occupy one quarter of the land surface in Brazil, including as much as 80% of recently deforested land. Brazil has lost more forestland than any other country in the past 20 years. Worldwide, deforestation contributes to as much as 20% of human-caused greenhouse gas emissions.

“Climate policies are an investment for governments. One of the major concerns that governments have about making climate policies unilaterally is that the benefits will be canceled out by increased emissions in other countries,” says Tufts University researcher Avery Cohn, who led the study.

“Our study shows that greenhouse gains from pasture intensification policies considerably exceed the losses. Brazil could act alone and still make a major dent in global greenhouse gas emissions,” says IIASA researcher Aline Mosnier, a co-author on the study, which Cohn started as a participant in IIASA’s Young Scientists Summer Program while completing his PhD at the University of California, Berkeley.

The two policies—subsidizing more intensive cattle ranching or taxing conventional pastures would both reduce deforestation in the Brazilian Amazon by about 50% between 2010 and 2030. This would lead to a 25% reduction in global greenhouse gas emissions from deforestation during that time. Combining the two policies could provide a revenue-neutral way for the Brazilian government to reduce greenhouse gas emissions.

The researchers expanded IIASA’s Global Biosphere Management Model (GLOBIOM) to examine the effects of the two policies both within and beyond Brazil’s borders. GLOBIOM is an economic model of global land use, which is being applied to questions of agriculture, deforestation, and REDD policies around the world.

The new study was carried out in collaboration with Tufts University, the Energy Biosciences Institute (EBI) at the University of California, Berkeley, the Commonwealth Scientific and Industrial Research Organization (CSIRO), IIASA’s Australian National Member Organization, and University of Natural Resources and Applied Life Sciences in (BOKU) in Vienna.

About IIASA:
IIASA is an international scientific institute that conducts research into the critical issues of global environmental, economic, technological, and social change that we face in the twenty-first century. Our findings provide valuable options to policy makers to shape the future of our changing world. IIASA is independent and funded by scientific institutions in Africa, the Americas, Asia, Oceania, and Europe. www.iiasa.ac.at