Where is the water during a drought? 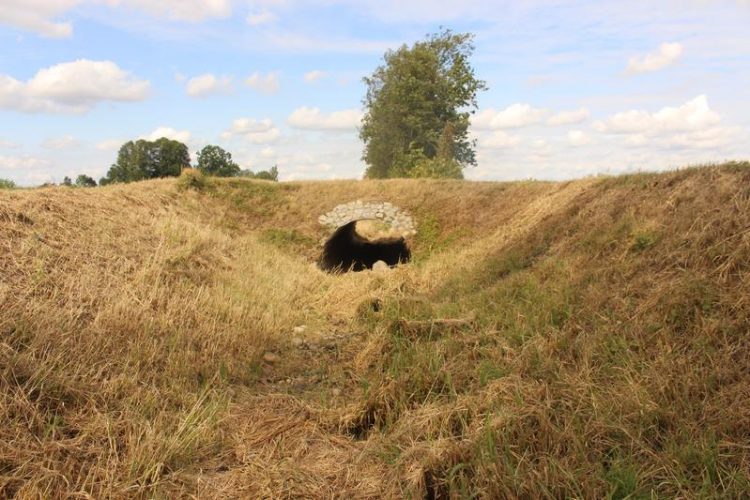 Even under “normal” climatic conditions, about 90 percent of the precipitation is released back into the atmosphere and does not flow into groundwater or rivers.

Groundwater levels in the area today show that the decreased water levels due precipitation deficits from 2018 could not be returned to normal conditions between the growing seasons.

Dörthe Tetzlaff is a researcher at the IGB and Professor for Ecohydrology at the Humboldt University of Berlin. She and her team investigated how the process of evaporation and groundwater recharge differ under different soils and land uses.

“Due to the current climate crisis with increasing droughts, we need to know how much water different plants use. As researchers, we ask ourselves: Can we apply sustainable land use to control water consumption and make entire landscapes more resilient towards climate extremes?

These findings are the basis for meeting the demands for food production and water supply,” says Dörthe Tetzlaff explaining her motivation for her research topic.

In the Demnitzer Mühlenfließ, the team investigated two sites with land uses typical for the region: a mixed forest site with sandy soils and a deep rooting zone; and grassland site with loamier soils and a shallower rooting zone. The forest soil was much drier, which is due to the characteristics of soil and plants.

For example, during the drought, the uppermost metre of the sandy soil in the forest contained only 37 litres per m², and under grassland there were as much as 146 litres of water per m². The treetops/leaf canopy of the forest shielded part of the rain that evaporated directly from the leaves and never reached the ground.

Moreover, the sandy forest soil caused faster water flow through the soil and decreased water storage. Rainfall penetrated deeper into the soil, but was reabsorbed by the trees during the growing season before reaching the groundwater.

Under the grassland, the water continuously recharged the groundwater. The soil could store more water. As the plants only took water from the upper soil, this led to “older” soil water.

“We were able to show how poorly the landscapes in Brandenburg store precipitation, limiting drought resistance. The type of forest we investigated is typical for the Northern European Plain.

It was sad to see that even a natural mixed forest is suffering greatly from drought. For economically used forests that are dominated by conifers, the situation is even worse. In fact, the conifer mortality in Brandenburg is now obvious,” says Lukas Kleine, doctoral student in Tetzlaff's team.

“Planting water” – how agriculture can take advantage of the research results:

The farmer confirms the observations of the IGB researchers: “The regeneration of our soils and soil health is the greatest and most important task of our generation. For this we need innovative solutions in agriculture and forestry to fight the causes of our problems instead of just curing the symptoms. Only in this way can we act in accordance with the complexity of the ecosystems. We are trying to develop these solutions based on the findings of Prof. Tetzlaff's team, among others”.

“We see that after the further dry seasons in 2019 and so far in 2020, the groundwater levels will continue to fall. The vegetation has still not been able to recover due to the low rainfall in the winter months. Unfortunately we are far from “normal” conditions. In order to improve the resistance of Brandenburg's ecosystems to droughts and other climate changes, measures must be implemented that promote groundwater recharge and create soils that can store more water. Our results underline the central role of vegetation in the development of such strategies,” summarizes Dörthe Tetzlaff.

Water in the landscape – blue and green water:
Researchers distinguish between the so-called blue water, which fills lakes, rivers and aquifers and is immediately available for water supply; and the green water, which is directly influenced by vegetation and is returned to the atmosphere through evaporation and transpiration after being absorbed by plants.

Dörthe Tetzlaff and her team are investigating the interactions between blue and green water fluxes. They are analysing what happens in the critical zone and what influence vegetation has on the overall water regime.

The critical zone – the thin, dynamic and life-supporting skin of the earth:
The layer of earth that extends between the canopy, the soil and the groundwater is called the critical zone. For a long time it was a “black box”; in particular, the role of plants in the distribution of water has been neglected, as science has focused on the blue water fluxes.
In this study, the researchers investigated the water fluxes in the critical zone with stable isotopes in the water.

Stable isotopes in water can be used as “markers” to determine flow paths, age and origin of water. For a comprehensive understanding, it is not only the absolute amounts of the water flows in the landscape that are important, but also how long the water is stored on site and which flow paths it takes.

When this information is integrated with data on vegetation dynamics, tracer-based modelling can reveal some of the most important processes in the ecohydrological system, such as where and at what rate plants draw water from the soil.