When the North Sea's circulation is reversed 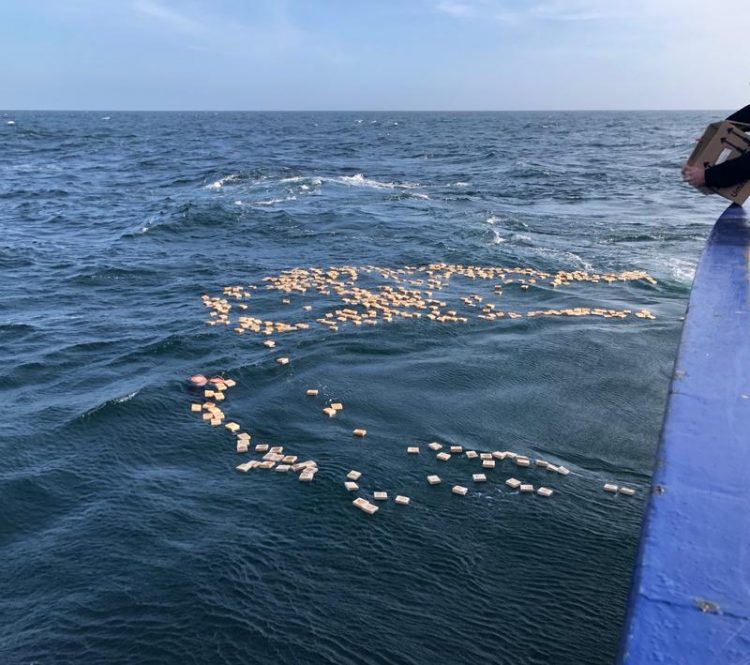 The wooden drifters reached the British east coast in spring 2018 due to unsusual circulation patterns in the North Sea. Thomas Badewien/ University of Oldenburg

The currents in the North Sea are generally influenced by westerly winds and tidal forces from the Atlantic; the tides flow into the shallow sea from the west through the English Channel and from the north along the British east coastline. As a result, the waters of the North Sea usually circulate anti-clockwise.

If a message in a bottle were thrown into the sea off the island of Borkum, it would float eastwards and northwards past the East Frisian and North Frisian Islands. “So far little is known about how extreme winds can alter these flow patterns,” says Emil Stanev, an oceanographer who led the study. But such knowledge is important for instance for predicting how plastic litter and other pollutants will be distributed in the North Sea, he explains.

Gaining a better understanding of the propagation pathways of floating marine litter (FML) in the North Sea is a primary objective of the project, which is funded by the Ministry for Science and Culture of Lower Saxony. To this end scientists and technicians at the University of Oldenburg's Institute for Chemistry and Biology of the Marine Environment (ICBM) developed special drifting units (drifters) fitted with GPS transmitters.

They float on the sea surface, like plastic litter, and continually broadcast their location. “This means we can observe the surface currents in the North Sea directly and compare them with data from models,” says Jens Meyerjürgens, who co-designed the drifters.

In addition, the researchers use wooden drifters cut from solid spruce wood as modern-day “messages in a bottle”: the drifters are launched at regular intervals and each of them has its own identification number and is inscribed with a message asking the finder to report the location where they found the drifter on the project's website.

The scientists first became aware of the reversal in the North Sea circulation after they had launched in total 1,600 drifters off the coasts of the islands of Borkum and Sylt into the North Sea in February 2018. One of the drifters deployed from Borkum was fitted with a GPS transmitter. In the following weeks residents on the British east coast reported almost 800 locations where drifters had been found.

The drifters deployed from Borkum floated between 450 and 560 kilometres to the stretch of coast between Burniston, north of the seaside town of Scarborough, and Peterlee in the northeast of England. Those launched off the coast of Sylt covered up to 600 kilometres and washed up on the coast further northwards between Lynemouth, in Northumberland, and Dunbar in southern Scotland. The GPS drifter also moved in a north-west direction. The researchers were able to track its journey across more than 400 kilometres over a two-month period.

An analysis of the weather data between mid-February and the end of April 2018 revealed that very strong winds with a marked westwards component prevailed during this period. Using numerical models that take wind speeds and wind direction as well as wave movements and other factors into account, the scientists calculated the drifters' trajectories across the North Sea and the locations where they would wash up along the coast.

Additional calculations have shown that only four times in the last forty years has the circulation in the North Sea changed as radically as it did last year, Stanev explained. Knowing under what conditions such changes take place is not just important for understanding the distribution of floating marine litter: “Changes like this can also have a far-reaching impact on biological and chemical processes in shallow coastal waters,” the researcher adds. The study was published in the current issue of the science journal Continental Shelf Research.