Volcanoes at fault if the Earth slips 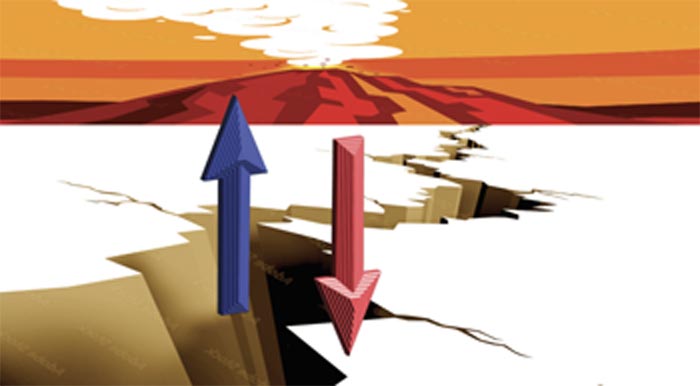 The 2016 Kumamoto earthquakes shocked inhabitants of the western island of Kyushu, causing hundreds of casualties and serious damage to vital infrastructure.

The epicenter of the quake was traced to the Futagawa fault in a region neighboring Mount Aso, an active volcano in Kumamoto Prefecture that last erupted in October 2021.

An investigation of earth displaced by the series of quakes has offered potentially new clues into seismic activity in regions close to volcanoes. The study has also attributed the root cause of the 7.3-magnitude mainshock to specific geological damage.

The Futagawa strike-slip fault is a vertical break in the ground tracing a line southwest originating from Mount Aso, where the two sides of the fault point straight down and brush against each other side to side during an earthquake.

The research team had anticipated that any rupturing would occur exclusively near the strike-slip fault system. But as Weiren Lin of KyotoU’s Graduate School of Engineering says, ”Our discovery of a relatively large dip-slipdisplacement at the site was unexpected.”

As part of the team’s exploration around the epicenter of the 2016 quakes, scientists drilled a series of bore holes, including one that measured more than 600 meters deep. By extracting and analyzing the types of rocks present in these cores, they were able to reconstruct the different layers of earth around the fault.

Surprisingly, at two boreholes 80 meters apart, the scientists noticed that the same layer of rock sediment was appearing at different depths and separated by more than 200 meters vertically. This large gap could only be explained by the current strike-slip motion, where the two sides of the fault move up and down with respect to each other.

The team has attributed this dramatic change in the fault slip mode to eruption activity of Aso occurring around this time. Such observations from the Aso volcanic region could apply more broadly to similar volcanic areas near other subduction zones.

Lin concludes, ”Until about 87,000 years ago, this fault was moving in a completely different way. We hope that our results increase understanding of interactions between faulting and volcanic activities in other regions of the world.”