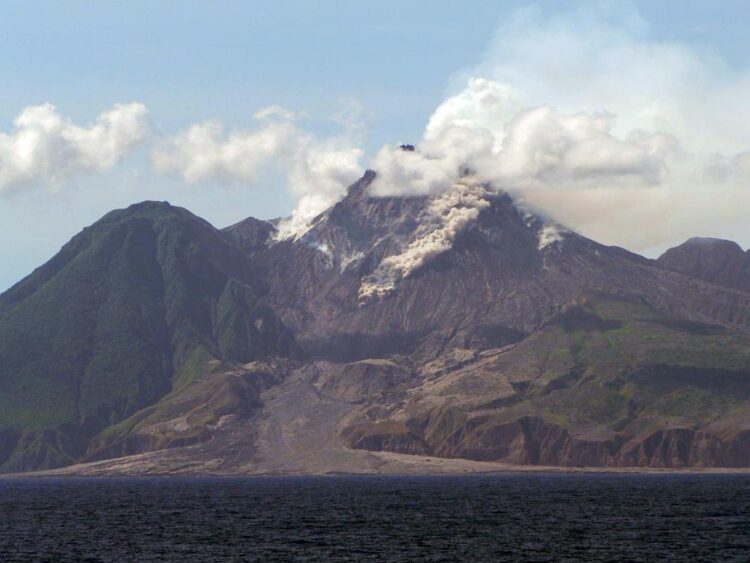 University of Southampton scientists investigating ways of removing carbon dioxide (CO2) and other greenhouse gases from our atmosphere believe volcanic ash could play an important role.

A team from the University’s School of Ocean and Earth Science has modelled the impact of spreading volcanic ash from a ship to an area of ocean floor to help amplify natural processes which lock away CO2 in the seabed. They found the technique has the potential to be cheaper, technologically simpler and less invasive than other techniques to remove harmful gases.

The researchers’ findings are published in the journal Anthropocene.

Human-caused climate change is one of the most pressing topics in contemporary science and politics. The impact of hundreds of years of greenhouse gas emissions are becoming clearer every year, with environmental changes including heatwaves, droughts, wildfires, and other extreme weather events.

“As a result of overwhelming evidence, politicians have begun to take steps towards incorporating emissions reductions into policies, such as in the 2015 Paris Agreement with its long-term goal of ensuring that global average temperatures do not exceed 2°C above pre-industrial levels. However, it is becoming clear that to avoid the worst impacts of climate change, active greenhouse gas removal (GGR) will be required,” explains study co-author and University of Southampton Professor of Geochemistry, Martin Palmer.

GGR techniques remove carbon dioxide and other gases from the atmosphere, thereby reducing the greenhouse effect, and in the longer term, slowing climate change. There are numerous potential approaches to GGR, from the simple, such as reforestation, to the complex, such as actively removing CO2 from the atmosphere.

Most volcanoes lie close to the oceans, and every year millions of tonnes of volcanic ash falls into them and settles to the seafloor. Once there, it increases carbon storage in marine sediments and reduces atmospheric CO2 levels. This is important because the oceans are the greatest sink of manmade CO2 on Earth.

“One of the ways oceans lock away CO2 is by storing it in sediments on the seafloor as calcium carbonate and organic carbon. In our work, we discuss how this natural process may be augmented by artificially adding ash to oceans,” says Jack Longman, lead-author and former Post-Doctoral Research Assistant at the University of Southampton, who now holds a position at the Institute for Chemistry and Biology of the Marine Environment (ICBM), University of Oldenburg.

The scientists modelled the effect of distributing volcanic ash from a ship to an area of ocean. The results suggest that this method could sequester as much as 2300 tonnes of CO2 per 50,000 tonnes of ash delivered for a cost of $50 per tonne of CO2 sequestered – much cheaper than most other GGR methods. In addition, the approach is simply an augmentation of a naturally occurring process, it does not involve expensive technology and it does not require repurposing valuable agricultural land.

The scientists say further research is needed though to test the efficiency of enhanced ash deposition in the oceans and to make sure there are no unforeseen side effects, but initial indications suggest that it could be applied easily and cheaply in many areas of the world.

* The paper Viability of greenhouse gas removal via the artificial addition of volcanic ash to the ocean is published in the journal Anthropocene and can be found at: https://doi.org/10.1016/j.ancene.2020.100264

– Jack Longman was a Post-Doctoral Research Assistant in the School of Ocean and Earth Science, University of Southampton and now holds a position as Scientist at the Marine Isotope Geochemistry, Institute for Chemistry and Biology of the Marine Environment (ICBM), University of Oldenburg, PO Box 2503, 26111 Oldenburg, Germany;

– Martin Palmer is Professor of Geochemistry in the School of Ocean and Earth Science, University of Southampton;

– Tom Gernon is an Associate Professor in the School of Ocean and Earth Science, University of Southampton.

* More about the School of Ocean and Earth Science can be found at: https://www.southampton.ac.uk/oes/index.page

* The University of Southampton drives original thinking, turns knowledge into action and impact, and creates solutions to the world’s challenges. We are among the top 100 institutions globally (QS World University Rankings 2021). Our academics are leaders in their fields, forging links with high-profile international businesses and organisations, and inspiring a 22,000-strong community of exceptional students, from over 135 countries worldwide. Through our high-quality education, the University helps students on a journey of discovery to realise their potential and join our global network of over 200,000 alumni. https://www.southampton.ac.uk/