Home / Earth Sciences / The struggle for life in the Dead Sea sediments: Necrophagy as a survival mechanism
26.03.2019

The struggle for life in the Dead Sea sediments: Necrophagy as a survival mechanism 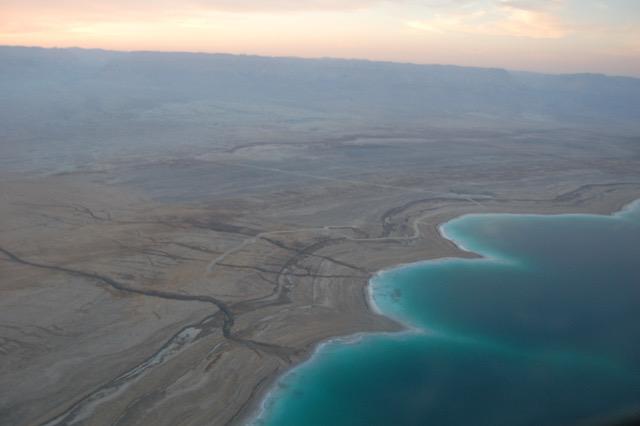 The Dead Sea is not completely dead. The most saline lake on Earth (more than 10 times saltier than sea water) is a harsh environment where only salt-loving microbes from the Archaea domain, known as extreme halophiles, are able to survive. Geologists are interested in the evolution of this lake and have been investigating its subsurface to reconstruct its biological and geological history.

The salty sediments of the Dead Sea are still full of mysteries, in particular regarding the life forms harbored there, commonly called the deep subsurface biosphere.

There is a vast microbial biomass below Earth's surface, which survives without oxygen, light, or fresh food delivery. This subsurface biosphere has been the subject of numerous scientific studies. Its importance in global biogeochemical cycles is largely acknowledged, and constant efforts are being carried out to estimate the limits of life development in these extreme environments, as they present an immense potential for medical and biotechnology research.

Given its exceptional salinity, the Dead Sea subsurface is an environment where life is pushed to its limits and, as such, constitutes a prime choice to investigate how life forms can adapt and thrive.

The new study for Geology by Camille Thomas and colleagues describes a novel strategy used by some microorganisms to survive in the hypersaline, carbon-, and water-deprived environment of the Dead Sea subsurface.

By looking at molecular fossils preserved in deep sediments, the team of Swiss and French scientists found unique molecular compounds, known as storage lipids, in the most saline sedimentary layers of the lake. The chemical structure of these lipid compounds indicates that remains from extreme halophilic archaea were recycled by other microbial populations, likely from the bacteria domain, previously thought to be unadapted to such a harsh locale. This necrophagic behavior allowed them to build carbon stocks in this food-deprived environment. It also provided water to mitigate the extreme salinity of the Dead Sea subsurface.

This all constitutes an unprecedented strategy for survival in the deep biosphere. These findings widen the understanding of adaptations exhibited by microorganisms to live in extreme environments, a research domain scientists are only beginning to understand.

GEOLOGY articles are online at http://geology.geoscienceworld.org/content/early/recent. Representatives of the media may obtain complimentary articles by contacting Kea Giles at the e-mail address above. Please discuss articles of interest with the authors before publishing stories on their work, and please make reference to GEOLOGY in articles published. Non-media requests for articles may be directed to GSA Sales and Service, gsaservice@geosociety.org.