Solid rock behaves like fluid: The formation of large meteorite craters is unraveled 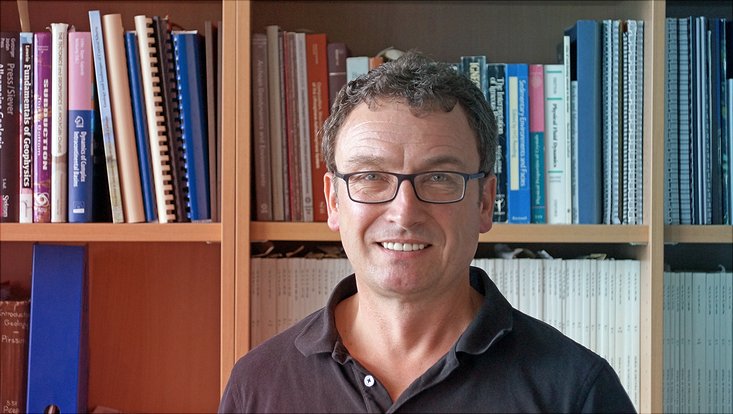 Much has been written and discussed about the gigantic crater with a diameter of about 200 kilometers, the center of which lies near the Mexican port city of Chicxulub. How the giant crater took its form has been a mystery until today.

In particular, the formation of a circular series of hills could not be explained in detail. This so-called peak ring rises in the crater several hundreds of meters above the shallow ground and can therefore be found in other large craters in our solar system.

The structural geologist Prof. Dr. Ulrich Riller and an international team of scientists have now succeeded in describing for the first time the extreme mechanical behavior of rocks in the event of a large meteorite impact. The researchers found the evidence in the Chicxulub Crater as part of Expedition 364 of the International Ocean Discovery Program (IODP) and the International Continental Scientific Drilling Program (ICDP).

Computer simulations have shown that craters this size form within a few minutes. This means that solid rock behaves like a fluid for a short time and solidifies very quickly during cratering. As the science team reports in the current issue of the journal “Nature”, their research supports the hypothesis of so-called acoustic fluidization, where rock behaves like a viscous mass through contemporary pressure changes (vibrations).

The obtained drill cores display a variety of zones of broken rock, which the team considers to be evidence of transient fluidity of the rock. The team was able to transmit the results in numeric models, which simulate the exact formation of the crater and peak ring.

“The results of our research team have far-reaching consequences for understanding the formation of large impact craters in our solar system,” explains Prof. Riller.