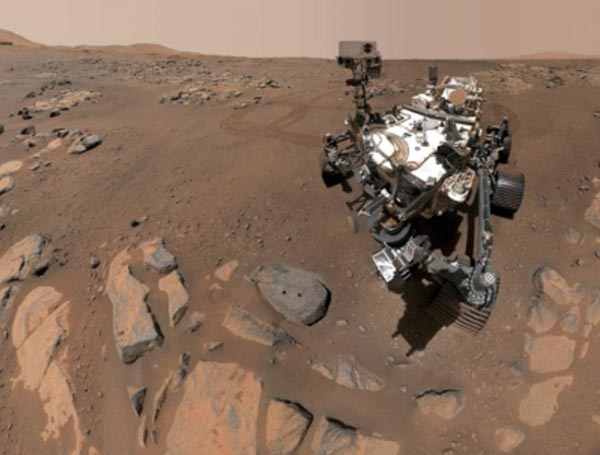 Perseverance rover taking a selfie over the rock it collected two core samples from on Mars.
Image credit NASA/JPL-Caltech/MSSS

Since the Perseverance rover landed in Jezero crater on Mars in February, the rover and its team of scientists back on Earth have been hard at work exploring the floor of the crater that once held an ancient lake. Perseverance and the Mars 2020 mission are looking for signs of ancient life on Mars and preparing a returnable cache of samples for later analyses on Earth.

Katie Stack Morgan is the Mars 2020 Deputy Project Scientist and a research scientist at NASA’s Jet Propulsion Laboratory (JPL), and will be providing an update on early results on the Mars 2020 rover mission on Sunday, 10 Oct., at the Geological Society of America’s Connects 2021 annual meeting in Portland, Oregon.

With Perseverance’s high-tech suite of on-board instruments, the scientific team has been analyzing the rocks of the crater floor, interpreted for now as igneous rocks, presumably a volcanic lava flow.

“The idea that this could be a volcanic rock was really appealing to us from a sample return perspective because igneous rocks are great for getting accurate age dates. Jezero was one of the few ancient crater lake sites on Mars that seemed to have both incredible sedimentary deposits as well as volcanic deposits that could help us construct the geologic time scale of Mars,” said Stack Morgan.

The lake system and rivers that drained into Jezero crater were likely active around 3.8–3.6 billion years ago, but the ability to directly date the age of the rocks in laboratories on Earth will provide the first definitive insight into the window of time that Mars may have been a habitable planet.

Using Perseverance’s abrasion tool—which scratches the top surface of the rock to reveal the rock and its textures—the team discovered that the crater floor seems to be composed of coarser-grained igneous minerals, and there are also a variety of salts in the rocks. Observations suggest that water caused extensive weathering and alteration of the crater floor, meaning that the rocks were subjected to water for a significant duration of time.

After using its on-board tools to analyze characteristics of the crater floor, the next phase was for Perseverance to collect a rock sample using its drill feature. However, after Perseverance completed its first attempt at drilling, the core sample tube came up empty.

“We spent a couple of days looking around the rover thinking that the core might have fallen out of the bit. Then we looked back down the drill hole thinking it might never have made it out of the hole. All these searches turned up empty. In the end we concluded that the core was pulverized during drilling,” said Stack Morgan.

The rock likely became so altered and weakened from interactions with water that the vibrations and strength from the Perseverance drill pulverized the sample.

Scientists then targeted another rock that appeared more resistant to weathering, and Perseverance was able to successfully collect two core samples—the first in its sample collection. Perseverance’s cache of samples will be part of a multi-spacecraft handoff, still in development, that will hopefully be returned to Earth in the early 2030s. From there, scientists in laboratories on Earth will date and analyze the rocks to see if there might be any signs of ancient Martian life.

“The rocks of the crater floor were not originally envisioned as the prime astrobiology target of the mission, but Mars always surprises us when we look up close. We are excited to find that even these rocks have experienced sustained interaction with water and could have been habitable for ancient martian microbes,” said Stack Morgan.

The Geological Society of America, founded in 1888, is a scientific society with members from academia, government, and industry in more than 100 countries. Through its meetings, publications, and programs, GSA enhances the professional growth of its members and promotes the geosciences in the service of humankind. Headquartered in Boulder, Colorado, USA, GSA encourages cooperative research among earth, life, planetary, and social scientists, fosters public dialogue on geoscience issues, and supports all levels of earth science education.

Bombardment of Planets in the Early Solar System 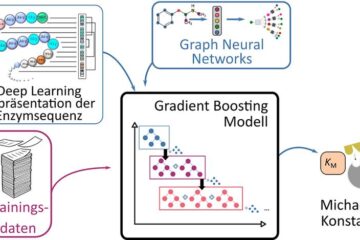