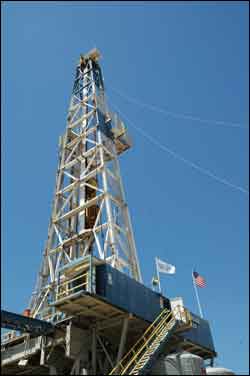 EarthScope Project Scientists Lead Modern-Day ’Journey to the Center of the Earth’ In a modern-day journey to the center of the Earth, geologists are exploring the structure and evolution of the North American continent at scales from hundreds of kilometers to less than a millimeter – from the structure of a continent, to individual faults, earthquakes and volcanoes. The project is called EarthScope. With approximately $200 million in funding from the National Science Foundation (NSF), EarthScope will be developed over the next five years. The project is expected to operate for an additional 15 years.

On Sept. 2, scientists studying San Andreas Fault geology will provide a first look at the multiple technologies EarthScope will use to explore the structure and tectonics of North America:

Who: Scientists from NSF, the U.S. Geological Survey, and the EarthScope Project: