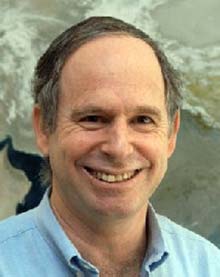 Rainfall but Ultimately Increases Its Intensity

Air pollution and smoke suppress rainfall, but cause the remaining rain amounts to fall in greater intensities, with lightning and hail, says a researcher at the Hebrew University of Jerusalem.

The researcher, Prof. Daniel Rosenfeld, was one of a group of scientists that included also participants from Germany, Sweden and Brazil who conducted measurements of smoke and its impact on the development of clouds and precipitation in the Amazon tropical rainforests of Brazil. The results of their research appear in the Feb. 27 issue of the journal Science.

They showed that smoke from these fires delays the release of water from clouds in the form of rain, thus preventing depletion of the water in the clouds as they grow. As these water-laden clouds reach great heights, they produce thunderstorms and hail instead of relatively moderate rain.

The research group, funded by the European Union and headed by Prof. Meinrat O. Andreae from the Max Planck Institute of Atmospheric Chemistry in Mainz, Germany, measured the capability of the smoke particles to produce cloud droplets. Prof. Rosenfeld, of the Institute of Earth Sciences at the Hebrew University, penetrated the smoky clouds with a research aircraft and measured the way the smoke affected their composition and precipitation-forming processes.

The measurements show that the small and numerous smoke particles provide “nucleation sites” for cloud droplets, the result being that the given amount of cloud water is distributed into a large number of very small drops. These drops are so small that they float with the air and do not coalesce into raindrops, in contrast to the raindrop- forming process that takes place in clouds with larger drops that form in clean air.

This effect of smoke on precipitation suppression has been documented in previous research by Prof. Rosenfeld. The new findings show that when the smoky and water- laden clouds develop to great heights, in excess of 10 kilometers, these large amounts of water are also lofted and converted into ice chunks, which fall as large hailstones on the tropical rainforest. The process of hail forming is also associated with strong cloud electrification, which causes intense thunderstorms. Most of the hailstones melt during their fall, so that they arrive on the surface as spurts of intense rain.

Such impacts of air pollution are not limited to the tropical rainforests. Air pollution in general appears to change substantially the character of precipitation. This man-made climate change is already manifested by changes in the distribution of rainfall and the intensity of storms, not only over the Amazon but also over the rest of the world, says Prof. Rosenfeld, who is continuing his work as a leading researcher in this field.