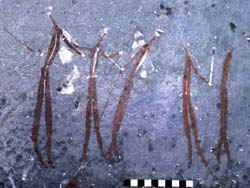 Some of the world’s finest rock paintings are more than three times older than previously believed, according to researchers from British and Australian universities who used the latest radio-carbon dating technology.

Previous work of the age of the rock art in South Africa’s uKhahlamba-Drakensberg, a World Heritage Site, concluded it is less than 1,000 years old. But the new study, by archaeologists from the University of Newcastle upon Tyne, UK, and Australian National University in Canberra, estimate the panels were created up to 3,000 years ago.

The findings, published in the current edition of the academic journal South African Humanities, have major implications for our understanding of how the rock artists lived and the social changes that were taking place over the last three millennia.

When Europeans first encountered the rock paintings in the mountainous uKhahlamba-Drakensberg region, around 150 years ago, they considered it primitive and crude. Today, experts consider the area to be one of the top areas in the world for rock art, with the largest and most concentrated group of paintings in Africa south of the Sahara. Over 40,000 paintings exist in 500 rock shelters.

The artwork, made by the San hunter-gatherers who first settled in the area around 8,000 years ago, was made using mainly black, white, red and orange pigments. It depicts animal and human scenes and are said to represent the religious beliefs of the San, whose occupation of the mountains ended in tragic circumstances in the nineteenth century following their conflict with European colonists. Subjects include the indigenous eland (a large, spiral-horned antelopes) and huntsmen.

Until recently, archaeologists have struggled to tell exactly how old the paintings were, mainly because dating techniques have required larger samples for analysis than it has been possible to collect without destroying the art work.

The results showed some of the paintings are up to 3,000 years old. Experts suspect they could be even older due to the San people’s long occupation of the area but say they need to carry out further tests to prove this theory.

Dr Aron Mazel, a South African researcher, formerly of the Natal Museum in Pietermaritzburg, South Africa, and now based at the University of Newcastle upon Tyne, who carried out the work with Australian archaeologist Dr Alan Watchman, said:

“This is a small but important step forward in the interpretation of some of the world’s finest collection of rock art. The data will contribute to a much wider understanding of one of the key periods in South African and world history, the occupation of the uKhahlamba-Drakensberg by the San hunter-gatherers.

“We hope to use this technique to date more of the paintings and organise them in chronological order in the hope that, like a family photograph album, they can tell us a little more about how life evolved for the San people during the several thousands of years they occupied the mountains.

“For example, how did their society change, and how did their beliefs change with it? Was there periods of stress that led to increased episodes of painting? Did the themes of the paintings develop over time? So many questions like this are unanswered at the moment.”

Dr Mazel, of Newcastle University’s School of Historical Studies, added: “We are still in the early stages of exploiting this new technology but it’s possible further investigation could reveal that some of the paintings could be even older than 3,000 years, especially as we knew the San people first occupied the area 8,000 years ago.”

“Dating is important to all archaeology and rock art has proved very hard to date. It looks as if the uKhahlamba-Drakensberg rock art sequence
may be very long. Any new study which tells us reliably about its age is very much to be welcomed.”

The research has been supported by the Anglo American Chairman’s Fund in South Africa.