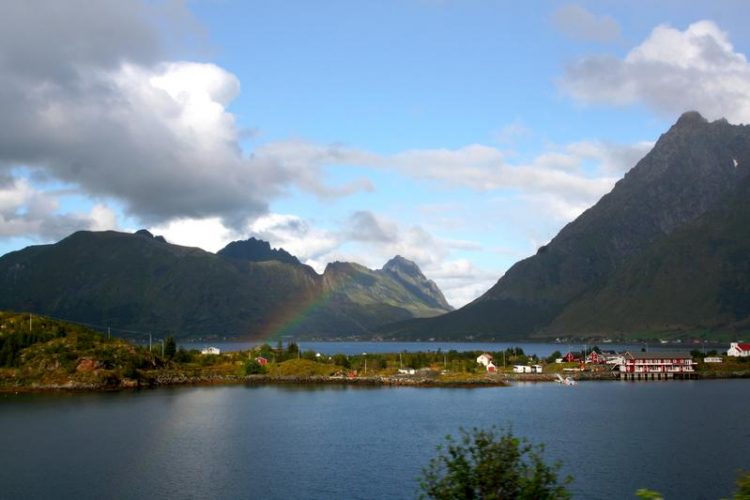 Rare earth elements are the black gold of the 21st century. Without them, modern high-technologies such as wind turbines, electromobility and medical diagnostics would be much less efficient.

But the more important they become, the more they are released into the environment. The distribution and origin of the rare earth elements in waters and marine organisms of Norwegian fjords will now be investigated in detail by an international research consortium.

Coastal areas, the interface between land and sea, are locally and globally of particular importance as habitats of marine life and humans. They are used by the fishery, the energy and the resource industry, but also for recreation.

Just like the North Sea coast near Bremen, the fjords along the Norwegian coast are important for biodiversity, but they also host aquacultures like salmon farms, and are world-famous tourist destinations.

Due to their tremendous importance for both ecology and economy, the sometimes diverging interests of those who exploit the fjords have to be balanced, and sustainable agreements have to be negotiated.

The Research Council of Norway, therefore, provides about 1.1 Mio Euros for the research project ELEMENTARY in which researchers from Norway, Denmark and Germany will investigate the distribution of the rare earth elements in three Norwegian fjords.

„At Jacobs University we will study water samples from the fjords, and waters from the rivers and waste water treatment plants, that enter the fjord. After defining areas with anomalously high concentrations, we will then also investigate fish and mussels from these hot spots, to find out if and how this contamination with rare earths may affect marine organisms,” Michael Bau explains.

„We focus on three fjords of which we know that they receive input of rare earths from waste water treatment plants, fertilizer production, and mining,” Anna Zocher adds. The PhD student from Bremerhaven did her Bachelor studies at Jacobs University, and after having finished her Master program in northern Sweden she is now back in Bremen for her PhD.

For many years, the research group for Resource and Environmental Studies of Professor Bau at Jacobs University Bremen has been recognized worldwide as a leader in investigations of the environmental impact of „critical high-technology metals”, such as the rare earth elements, scandium, hafnium or gallium.

In a holistic approach, the Bremen researchers combine basic with applied research and resource with environmental research. They investigate a wide range of different sample types, from Bremen tap water to rivers and glaciers in Iceland and Greenland; from manganese nodules in the deep-sea to ore deposits in Morocco and South Africa; from blue mussels in the North Sea to mushrooms in Bremen and Lower Saxony.

In this year’s international university ranking U-Multirank 2020, the program was ranked 2nd in research and 1st in teaching amongst a group of 172 universities worldwide.

Studying in an international community. Obtaining a qualification to work on responsible tasks in a digitized and globalized society. Learning, researching and teaching across academic disciplines and countries. Strengthening people and markets with innovative solutions and advanced training programs. This is what Jacobs University Bremen stands for. Established as a private, English-medium campus university in Germany in 2001, it is continuously achieving top results in national and international university rankings. Its more than 1,500 students come from more than 120 countries with around 80% having relocated to Germany for their studies. Jacobs University’s research projects are funded by the German Research Foundation or the EU Research and Innovation program as well as by globally leading companies.