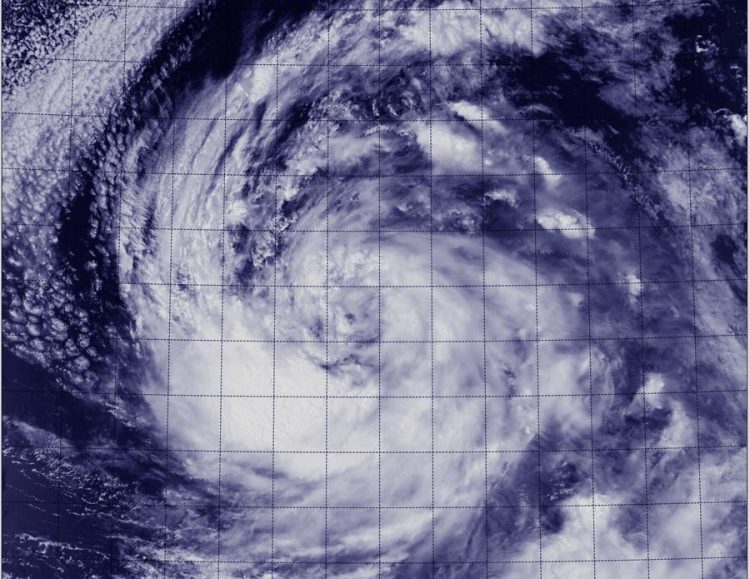 NOAA took its GOES-14 satellite out of storage to simulate how the upcoming GOES-R satellite will work and captured a lot of data on Tropical Storm Lowell on August 19.

Those data were used to create an animation that showed a gradual increase in the organization of a band of thunderstorms during the day.

The image showed a thick band of thunderstorms southwest of the center of circulation, wrapping into the center.

At 5 a.m. EDT on Wednesday, August 20, the National Hurricane Center (NHC) noted that curved bands of thunderstorms remained well organized on the south side of the circulation, but strong showers and thunderstorms were lacking to the north of the center.

At the same time, the center of Tropical Storm Lowell was located near latitude 18.7 north and longitude 121.0 west. That's about 775 miles (1,245 km) west-southwest of the southern tip of Baja California. Maximum sustained winds remain near 50 mph (85 kph).

Lowell was moving toward the northwest near 5 mph (7 kph) and the NHC expects a slow northwest to north-northwest motion during the next day or so.

Forecaster Cangialosi at NHC noted that Lowell is currently over 27C/80.6F waters, and in an atmosphere of fairly low shear and high moisture. Tropical cyclones need waters at least near 26.6C/80F to maintain strength. Since the storm is expected to remain in these favorable conditions for another day and a half, some strengthening is forecast.