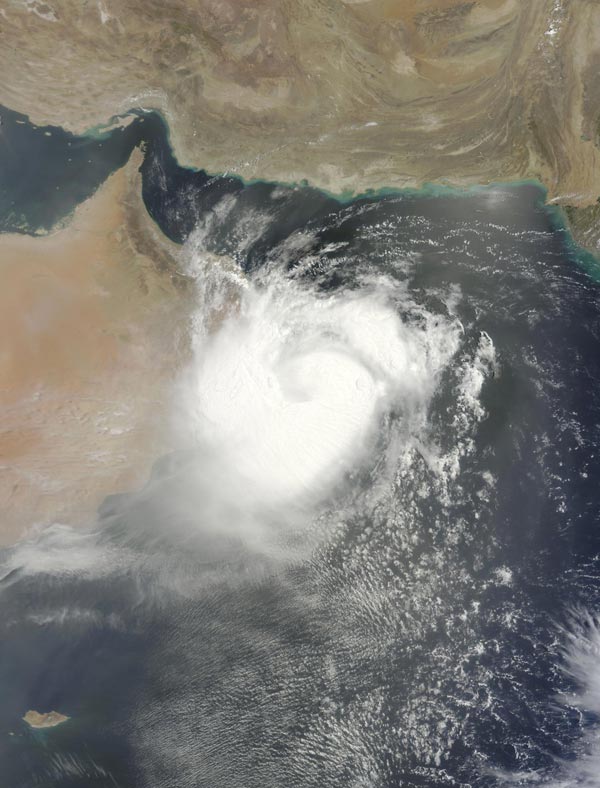 NASA's Terra satellite passed over Ashobaa on June, 11 at 06:35 UTC (2:35 a.m. EDT). The Moderate Resolution Imaging Spectroradiometer or MODIS instrument aboard captured a visible image revealing a powerful, thick band of thunderstorms spiraling into the center from the southwestern quadrants of the storm.

The western quadrant was over the east coast of Oman, bringing heavy rain, tropical-storm-force winds and very rough surf.

JTWC forecasters expect Ashobaa to continue weakening as it moves inland over eastern Oman in the next day or two.

The JWTC expects Ashobaa to decay quickly after landfall between the interaction with land and dry air moving into the system. The JTWC forecast calls for Ashobaa to weaken to a depression early on June 13.