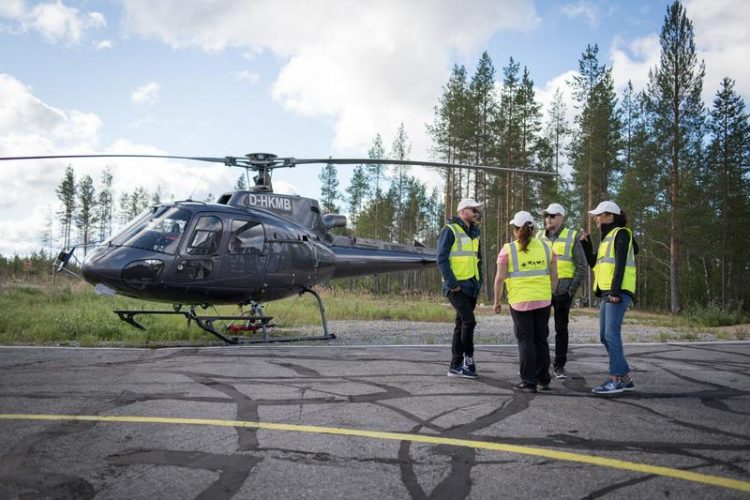 In its recently published action plan for batteries which identifies EU sources for the minerals required to produce batteries, the European Commission has highlighted the essential role mineral raw materials will play to transform Europe into a low-carbon and circular economy, while strengthening simultaneously Europe’s production and value chains.

The 36-months project INFACT, funded under the European Union’s Horizon 2020 programme for Research & Innovation, is fully aligned with this strategy.

Some of these methods will be or have already been tested in summer 2018 and 2019 at the project’s three reference sites in Germany (Geyer), Finland (Sakatti) and Spain (Cobre Las Cruces, Seville and Minas de Ríotinto, Huelva).

Following up on a socio-scientific analysis – see http://www.infactproject.eu/deliverables/ for more details – that has helped to understand the historical and economic factors which determine the social acceptance for mining activities in the surroundings of Geyer, Sakatti and Seville, the project team has currently finished their first technology trials. These took place at each of the reference sites in summer 2018.

Stakeholder consultations were scheduled in June and early July, to inform citizens at local and regional level about the planned activities. In August and early September, helicopter-flights were conducted at each of the sites to acquire a good geological knowledge of the areas. With all activities geared towards the aim of bringing forward non-invasive methods as a useful tool, making mining more sustainable and hence socially more acceptable.

The flight campaign in Finland kicked-off in August 2018 with the aim of detecting geological features associated with mineral accumulations at various depth ranges at Finish Reference Site followed by, data acquisition campaigns in Germany, and in Spain. During these trials, further citizen involvement activities were scheduled to ensure that residents are informed in a transparent way about the research efforts, aiming thus to bridge the gap between Europe’s need for domestic mineral resources and the often-stated lack of communication towards the public.

At each location, the natural conditions of the Reference Site are taken into account. Exemplary, the Sakatti reference site as part of a Natura 2000 area, created to protect natural diversity, required for a campaign schedule that did not interfere with the nesting period of several bird species, and the peak of activity for reindeer herding, in July and September respectively.

Arctic conditions and especially the presence of a thin glacial till layer for early time data, also constitute a challenge to the geophysical acquisition campaign. Moreover, the public events accompanying each campaign was tailored towards the needs of the population. Showcasing Sakatti this meant having a major public event, at Sodankylä airport, where citizens had the opportunity to get a glance at the helicopter and the exploration technologies while the INFACT team was available to answer questions.

While the project is currently in an early campaigning phase, the INFACT team is already planning on how the respective reference sites can contribute to technological progress in the long term.
A central part of these planning efforts is the technology-induced development of regional-specific business models, in which the Fraunhofer IAO team Strategic R&D/ Cooperation with their head Frank Wagner is in charge.

Starting with an initial workshop series in early July 2018 in Seville, the Fraunhofer team aims to iteratively develop a long-term success concept by 2020. Hereby the technical, economic and social requirements are taken into consideration for combining the individual characteristics of the upstream and downstream stakeholders in Finland, Germany and Spain.

Despite the triangular business modelling approach not being a novel topic in the related literature and business practice, the Fraunhofer IAO enters a new research field, as various sensor technologies, incl. quantum technology based sensors, are one of the key technological layers of the non-invasive methods to be tested at the Reference Sites.

Consequently, the Fraunhofer Team strives to identify characteristics that are unique for this kind of technologies in order to be the first in developing a successful business model for technological testing under varying technical, natural and social conditions.

More information is available on the project website: www.infactproject.eu