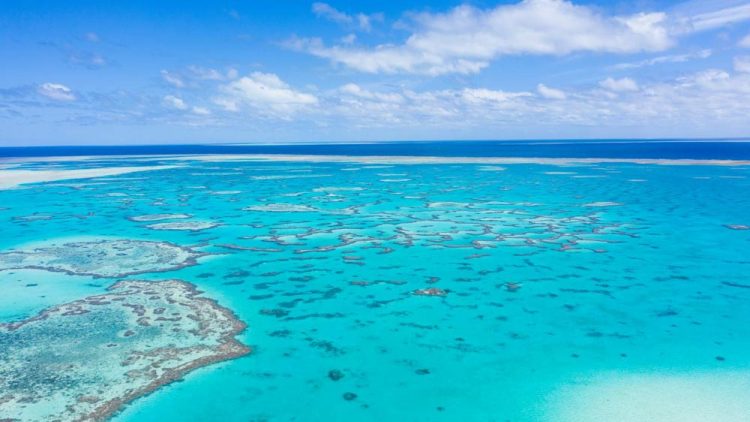 One Tree Island at the Great Barrier Reef Credit: University of Sydney Usage Restrictions: For this story only

A new study into the recent history of the Great Barrier Reef has shown how it responds to rapid sea-level rise and other environmental stresses. The study, conducted at the University of Sydney's research station at One Tree Island, has upended the established model of Holocene-era reef growth.

Using unprecedented analysis of 12 new drilled reef cores with data going back more than 8000 years, the study shows that there have been three distinct phases of reef growth since the end of the Pleistocene era about 11,000 years ago.

“We wanted to understand past reef resilience to multiple environmental stresses during the formation of the modern reef,” said lead author Kelsey Sanborn, a PhD student in the School of Geosciences at the University of Sydney.

The study, published in Sedimentary Geology, revealed a period between 8000 and 7000 years ago when the reef growth slowed as it was exposed to multiple stresses, including likely increases in sediment and nutrient flux on the reef.

As the ice caps and glaciers melted at the beginning of the Holocene era, sea level rapidly rose by up to seven metres every thousand years, flooding the continental shelf until about 7000 years ago. At the same time, it is estimated sea-surface temperatures likely increased several degrees between 8000 and 6000 years ago.

“We are fortunate that the sea level stabilised about 6000 to 7000 years ago. If it had continued to rise as fast as it had been, the reef might not have survived given its slow growth rate,” Ms Sanborn said.

Associate Professor Jody Webster, a co-author of the paper and Ms Sanborn's supervisor, said that there are multiple environmental drivers affecting both the historic and modern reef system.

“We need to understand the past in order to predict the future. This paper and Kelsey's broader research examine how sea level, surface temperature, sediment in the water, nutrient influx and energy inputs into the reef system affect its vulnerability to environmental change,” he said.

“The reef system survives because of a delicate balance these environmental factors. Anthropogenic climate change is threatening to interfere with this balance.”

Between 1000 and 700 years after the continental shelf was flooded, corals started to grow, rebuilding the reef after a 100,000-year hiatus. Up to about 8000 years ago, the first corals to grow around One Tree Island were mostly shallow, clear-water and fast-growing, with a vertical reef growth of about 6 millimetres a year.

Between 8000 and 7000 years ago, reef growth slowed as waters continued to rise quickly. Temperatures rose and the quality of the water also changed in this period with an increase in sediment and nutrients. The types of corals were massive in form, sediment-tolerant and growth was deeper, at times up to 5 metres below sea level.

A slow-down and stabilisation of sea-level rise led to a fast (5 millimetres a year) vertical growth until the reef caught up to current sea levels about 6000 years ago. Growth in this period was mostly composed of shallow, branching coral assemblages.

A surprising result of the research is evidence that initial reef growth occurred on the low-energy, leeward side of the reef, ahead of growth on the high-energy, windward side.

“This is contrary to established models of reef growth,” Ms Sanborn said. “In those models, the part of the reef exposed to higher energy inputs from waves and wind were thought to have been cleared of land-based ecosystems, clearing the way for reef development.”

The paper proposes a new model that needs further testing in other regions of the Great Barrier Reef and reef systems around the world. What it establishes is that the more protected parts of the reef might have been more suitable for early coral development.

“This provides new constraints on how we understand changes in the environment controlling reef development through sea-level rise and inundation,” Ms Sanborn said.