Home / Earth Sciences / Geological change confirmed as a factor behind the extensive diversity in tropical rainforests
26.02.2018 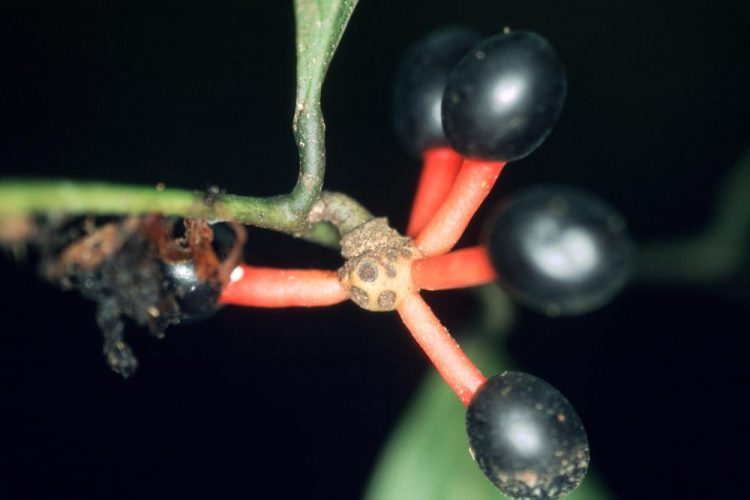 The tropical rainforests of Central and South America are home to the largest diversity of plants on this planet. Nowhere else are there quite so many different plant species in one place. However, the entire region is increasingly threatened by human activity, which is why researchers are stepping up their efforts to record this astonishing biodiversity and find out how it developed.

In a project undertaken by Johannes Gutenberg University Mainz (JGU) in collaboration with Dutch research institutions, the causes of this plant diversity were investigated by studying two closely related groups of trees of the Annonaceae family.

The researchers identified three relevant factors: the formation of the Andes mountain range, the disappearance due to natural causes of the extensive Pebas wetlands system that once existed in the Amazon region, and the formation of a land bridge between Central and South America in the form of the Panama Isthmus.

Cremastosperma and Mosannona are two genera of the Annonaceae or custard apple family the habitat of which is neotropical rainforests, where they extend from the lowlands up to elevations of 2,000 meters. They are primarily found in the Andes region of South America, but also as far north as Central America. The team of botanists led by Dr. Michael Pirie, who joined JGU as a researcher in 2013, looked at the distributions of the various species of both genera and their phylogenetic history in order to determine the influence of the geological upheavals on the continent.

Formation of the Andes, the Isthmus of Panama, and the drying-out of the Pebas wetland system all promoted diversification

The research has produced a biogeographical scenario that confirms in this context the significance of the geological history of north-western South America during the late Miocene and early Pliocene periods about 5 to 10 million years ago. “We have actually discovered that the diversification of these two plant genera took place in parallel with major geological events, namely the formation of the Andes, the drying-out of the Pebas system, and the development of a land bridge to Central America,” explained Pirie. Cremastosperma species, for example, were able to spread into what is today the Amazon basin and diversify, once the wetlands had silted up due to the deposition of material from the rising Andes.

One way in which diversification can be stimulated is by migration into a new ecosystem while another is adaptation to new conditions. “Natural changes over longer periods provide plants with a chance to adapt,” added Pirie. On the other hand, rapid changes, such as those that have occurred in the recent past, do not give plants sufficient time to evolve.

While the development of the two genera in line with geological conditions could be said to be more or less as might be expected, the biologists did find one clear difference between them. Although their distribution patterns mostly overlap, Cremastosperma species and Mosannona species to some extent dispersed along differing routes. In the case of Cremastosperma, colonization of an area in what is now Guyana began from north-western South America at a time before the last parts of the Andes developed and could form a barrier. Mosannona, on the other hand, began to spread here at a far later date from its base in the Amazon basin.

Dr. Michael Pirie will be continuing his research work in 2018 with the aid of a grant from the Heisenberg Program of the German Research Foundation (DFG). This will also involve publication of an extensive monograph in which a total of 34 Cremastosperma species will be described, including five new species that Pirie and his colleagues have recently discovered.