Climate change will increase the accumulation of DDT in the Arctic 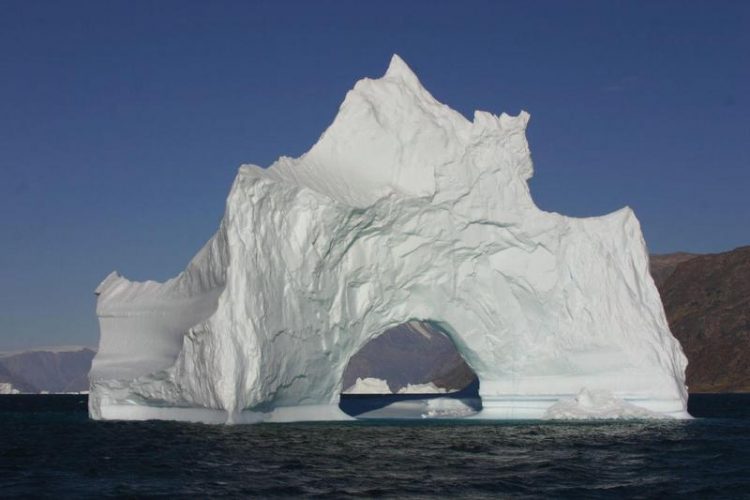 Many organic pollutants that originate from industrial and technical processes, are persistent and are not degraded in the environment. This poses a hazard for the environment and life even in remote regions of the world. These pollutants include the insecticide dichlorodiphenyltrichloroethane and the polychlorinated biphenyls – better known by their abbreviations, DDT or PCB.

These molecules are semi-volatile. This means that at room temperature they are mainly gaseous, however, under low temperatures they condense, and later on may re-evaporate. Therefore, the way these pollutants spread in the environment largely depends on meteorological factors such as wind, temperature and precipitation. These substances mainly arrive in the Arctic via air currents. There they remain particularly persistent.

Scientists from the Max Planck Institute for Chemistry and the Universities of Hamburg and Cambridge have now investigated which impact climate changes. have on the circulation of these substances in the Arctic. There, climate changes particularly rapidly. The research group headed by Gerhard Lammel from the Institute in Mainz chose three persistent substances that globally had been produced in large quantities: DDT, PCB 153 and PCB 28.

In the 1970s, DDT was the most widely used insecticide, however, it was later banned in most countries in the world due to its hormone-like effect on many biota. PCBs were frequently used as plasticizers in plastics and as insulation material, for example in transformers. As they are carcinogenic, they were banned in the 1980s. All three molecules are easily soluble in fat and therefore accumulate in human and animal tissue.

The researchers simulated the Arctic flow conditions with the aid of a coupled atmosphere-ocean-model. Based on the distribution of emissions since the start of industrial production around 1950, and the assumption of future expected residual emissions as well as the future climate, the model calculated which pollutants will flow over the Arctic Circle at the end of this century.

The findings surprised the researchers: Measurements have shown that since the peak pollutant emissions in the last century, less and less DDT and PCP molecules are arriving in the Arctic. However, the forecasts predict that this trend will reverse for DDT around the year 2075 and more DDT will arrive in the Arctic.

This effect will be amplified by climate change. PCBs on the other hand, will not see an increased northward flow across the Arctic Circle, however, the decline rate will level off. Substances do behave differently, because their involvement in processes of cycling in the environment, across, ice, soils, water and air, differs.

It occurs as a result of large temperature differences between the polar region and the temperate mid-latitudes. Pollutant flows from Europe, which correlate positively with the Arctic Oscillation, maintain the concentrations above Svalbard. The pollutant concentrations above Greenland, however, are determined by flows in the Canadian Archipelago, where air currents are in a reverse relation with this oscillation.

In future studies, researchers will investigate other substances’ large-scale distribution, including endosulfan. Endosulfan is an insecticide which replaced DDT in the 1970s, although it is slowly degrading and problematic for the environment, too. It´s use was only restricted in 2013. (SB)