Climate change in the Southern Hemisphere 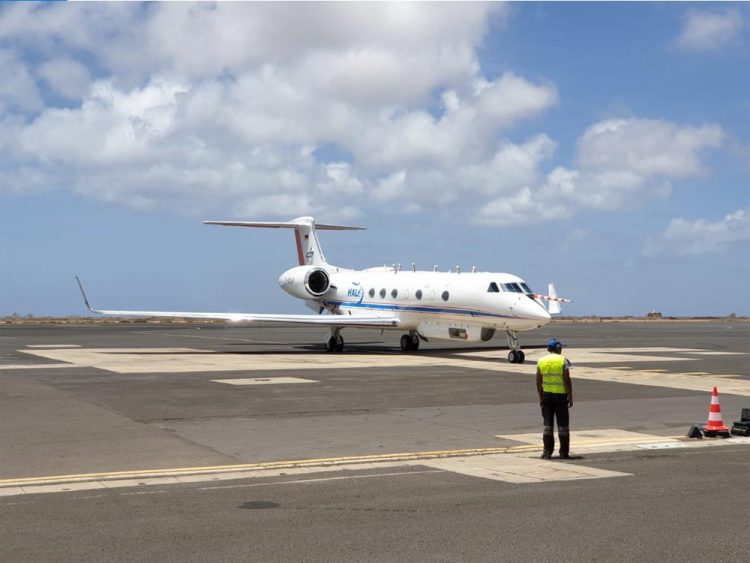 On its mission “SouthTRAC”, the German research aircraft HALO will investigate the southern atmosphere and its effects on climate change in September and November 2019. Researchers from Goethe University will also be on board.

The most important goal of the first phase of the SouthTRAC (Transport and Composition of the Southern Hemisphere UTLS) campaign is to investigate gravity waves on the southern tip of South America and over Antarctica.

The second phase of the campaign in November will focus on the exchange of air masses between the stratosphere and the troposphere. During the transfer flights between Europe and South America, the scientists will also investigate the influence of the current fires in the Amazon rainforest on climate.

In addition to the team of the atmosphere researcher Professor Andreas Engel from Goethe University, researchers from the German Aerospace Center (DLR), the Karlsruhe Institute of Technology (KIT), the research centre Jülich, and University Mainz have been in charge of the scientific planning. Groups from the Universities in Heidelberg and Wuppertal are also involved.

Trace gases such as ozone and steam are effective greenhouse gases, and play an important role in climate change. Since the end of the 1980’s, the Montreal Protocol regulates substances such as chlorofluorocarbons (CFC) because they thin out the ozone layer. It will take many decades, however, for the ozone layer to recover, especially the large ozone hole in Antarctica. In the campaign “SouthTRAC”, researchers now want to investigate in detail what this means for climate change in the Southern Hemisphere.

In addition to high levels of chlorine and bromine, the most important atmospheric requirements for the formation of the ozone hole above Antarctica are low temperatures and a reduced exchange of air masses with mid-latitudes. The Antarctic polar vortex is responsible for this.

“We want to see how much chlorine and bromine is available to deplete the ozone in the lower stratosphere, especially in the polar vortex of the Southern Hemisphere, where the ozone hole is formed every year,” explains Professor Andreas Engel. To do this, his group measures almost all relevant source gases.

They pay special attention to short-lived substances that are highly variable and have hardly been quantified in the Southern Hemisphere so far. “We want to make data available so that chemical and climate models can more reliably portray the depletion of the ozone, the expected recovery of the stratospheric ozone, and the effects on climate,” says the atmospheric researcher.

For this purpose, Professor Andreas Engel’s team at the Institute for Atmosphere and Environment at Goethe University uses a gas chromatograph with mass spectrometer they developed themselves. This instrument can measure even traces of many chlorinated and brominated substances, although the measuring speed also has to be taken into account.

On board a research aircraft things have to go quickly, because the resolution in time corresponds directly with the resolution in space. “At one to six minutes, depending on the substances, we’re extremely fast for this measuring technique. In the lab, it takes almost five times as long. And everything we do in an aircraft has to be certified for air worthiness on top of it all. That requires a significant logistical effort,” says Engel.

In order to make these difficult measurements possible, some of which have to be carried out during a night shift, three to five members of the Institute for Atmosphere and Environment will be on location in Rio Grande on the southern tip of South America until the beginning of December, with a short break of three weeks in October. The measuring flights depart from here, and this is where the measuring instruments are taken care of as well.

About HALO
The research aircraft HALO (High Altitude and Long Range) is a collaborative initiative of German environmental and climate research institutions. It is funded by grants from the Federal Ministry of Education and Research (BMBF), the Deutsche Forschungsgemeinschaft (DFG), the Heimholtz Association, the Max Planck Society, the Leibniz Association, the State of Bavaria, the Karlsruhe Institute of Technology (KIT), the research centre Jülich and the German Aerospace Center (DLR).

Images may be downloaded here: http://www.uni-frankfurt.de/81867109
Credits: See the end of the file names

Goethe University is a research-oriented university in the European financial centre Frankfurt am Main. The university was founded in 1914 through private funding, primarily from Jewish sponsors, and has since produced pioneering achievements in the areas of social sciences, sociology and economics, medicine, quantum physics, brain research, and labour law. It gained a unique level of autonomy on 1 January 2008 by returning to its historic roots as a “foundation university”. Today, it is one of the three largest universities in Germany. Together with the Technical University of Darmstadt and the University of Mainz, it is a partner in the inter-state strategic Rhine-Main University Alliance.