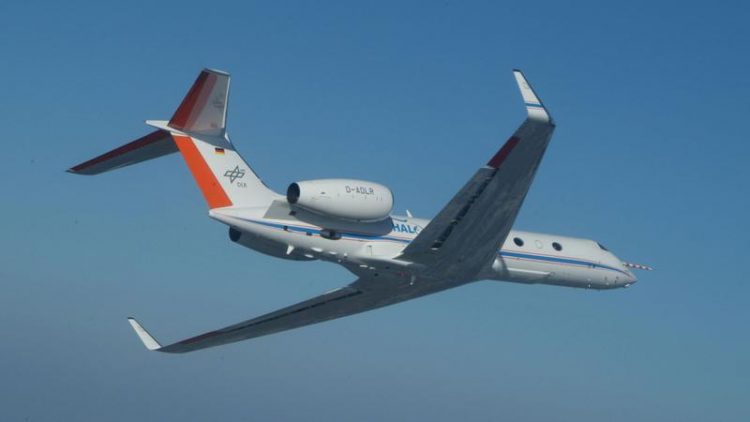 The total budget for the third phase of HALO SPP 1294 is based on the volume from previous years, with approximately 12 million euros for scientific proposals proposed to the DFG Senate.

The same amount has also been budgeted for mission costs, so that a total of around 24 million euros can be expected for the six years. The DFG Senate will determine the amount of funding for each year.

Research in HALO SPP 1294 focuses on the study of aerosols, clouds and precipitation, transport and dynamics in the troposphere and stratosphere, the determination of chemical constituents of the atmosphere, and studies of atmospheric coupling processes.

In the past, HALO measurements have often been combined with investigations using other aircraft or measurements on the ground as well as satellite data and model calculations. Thanks to the research aircraft’s technical specifications, it is possible to validate satellite measurements and make large-scale observations of the earth system.

In this way, research with HALO contributes to a better understanding of processes in the atmosphere and the earth system as well as of climate changes.

In the past, for example, HALO has flown over Asian conurbations to measure the composition of the air masses there and the plumes of exhaust gases that leave Asia in spring. Several HALO missions used drop probes, which were dropped from the aircraft and, during their drop time of a few minutes, recorded temperature, air pressure, humidity and wind data in addition to their own position.

From drop probes dropped during circular flight patterns, it was possible to estimate, among other things, the mean horizontal wind divergence within the column and the associated large-scale vertical movement, and to establish a connection with observed cloud structures.

“We, the entire HALO community, look forward to six more successful years with HALO. Under the direction of the Leipzig Institute for Meteorology and the Leibniz Institute for Tropospheric Research, we have exciting plans for measurements in the Arctic, but also in the southern hemisphere,” said Professor Wendisch.

He added that eight missions are currently being planned in detail for the new phase, for example measurement campaigns to study high-reaching convection over the tropical Atlantic, measurements on the export of air masses from the Asian summer monsoon towards high geographical latitudes, the influence of aviation on the global climate, and an investigation of chemical processes in the Arctic stratosphere in spring.

The HALO research aircraft is a joint initiative of German environmental and climate research institutions. HALO was acquired with funds from the Federal Ministry of Education and Research (BMBF), the Helmholtz Association and the Max Planck Society (MPG).

HALO is operated by the DFG, DLR, MPG, Forschungszentrum Jülich (FZJ), Karlsruhe Institute of Technology (KIT) and the Leibniz Institute for Tropospheric Research in Leipzig (TROPOS). DLR is both the owner and operator of the aircraft, which allows measurements at altitudes of up to 15 kilometres and has a range of more than 9000 kilometres.