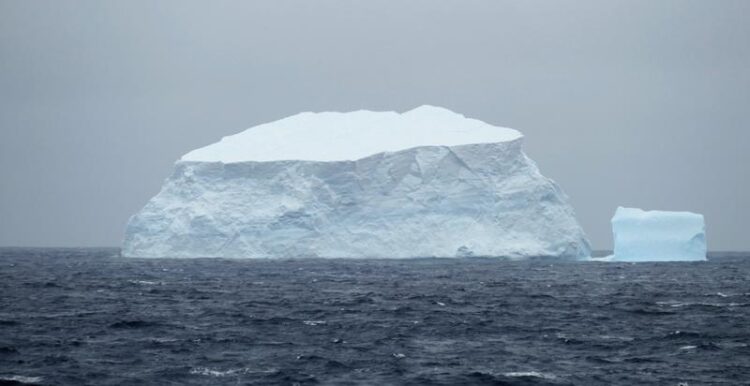 After the natural warming that followed the last Ice Age, there were repeated periods when masses of icebergs broke off from Antarctica into the Southern Ocean. A new data-model study led by the University of Bonn (Germany) now shows that it took only a decade to initiate this tipping point in the climate system, and that ice mass loss then continued for many centuries. Accompanying modeling studies suggest that today’s accelerating Antarctic ice mass loss also represents such a tipping point, which could lead to irreversible and long-lasting ice retreat and global sea level rise. The study has now been published in the journal Nature Communications.

To understand what the consequences of current and future human-induced climate warming may be, it helps to take a look at the past: how did sea-level changes look like during times of natural climate warming? In a recent study, an international research team led by Dr. Michael Weber from the Institute of Geosciences at the University of Bonn investigated this question. In doing so, they focused on the Antarctic Ice Sheet as the largest remaining ice sheet on Earth.

There, they searched for evidence of icebergs that broke off the Antarctic continent, floated in the surrounding ocean and melted down in the major gateway to lower latitudes called “Iceberg Alley”. In the process, the icebergs released encapsulated debris that accumulated on the ocean floor. The team took sediment cores from the deep ocean in 3.5 km water depth from the area, dated the natural climate archive and counted the ice-rafted debris.

The scientists identified eight phased with high amounts of debris which they interpret as retreat phases of the Antarctic Ice Sheet after the Last Glacial Maximum about 19,000 to 9,000 years ago, when climate warmed and Antarctica shed masses of icebergs repeatedly into the ocean. The result of the new data-model study: each such phase destabilized the ice sheet within a decade and contributed to global sea-level rise for centuries to a millennium. The subsequent re-stabilization was equally rapidly within a decade.

The results are also relevant for ice retreat observed today: “Our findings are consistent with a growing body of evidence suggesting the acceleration of Antarctic ice-mass loss in recent decades may mark the begin of a self-sustaining and irreversible period of ice sheet retreat and substantial global sea level rise”, says study leader Dr. Michael Weber from the University of Bonn.

Combining the sediment record with computer models of ice sheet behaviour the team showed that each episode of increased iceberg calving reflected increased loss of ice from the interior of the ice sheet, not just changes in the already-floating ice shelves. “We found that iceberg calving events on multi-year time scales were synchronous with discharge of grounded ice from the Antarctic Ice Sheet”, said Prof. Nick Golledge from the University of Wellington (New Zealand), who led the ice-sheet modelling.

Dr. Zoë Thomas, a co-author of the study from the University of New South Wales in Sydney, Australia, then applied statistical methods to the model outputs to see if early warning signs could be detected for tipping points in the ice sheet system. Her analyses confirmed that tipping points did indeed exist. “If it just takes one decade to tip a system like this, that’s actually quite scary because if the Antarctic Ice Sheet behaves in future like it did in the past, we must be experiencing the tipping right now”, Thomas said.

According to Weber, “Our findings are consistent with a growing body of evidence suggesting the acceleration of Antarctic ice-mass loss in recent decades may mark the begin of a self-sustaining and irreversible period of ice sheet retreat and substantial global sea level rise”. When we might see the eventual stabilization of the ice sheet is unknown, because it will depend significantly on how much future climate warming occurs.

Insights into climate and landscape development in the Alpine region