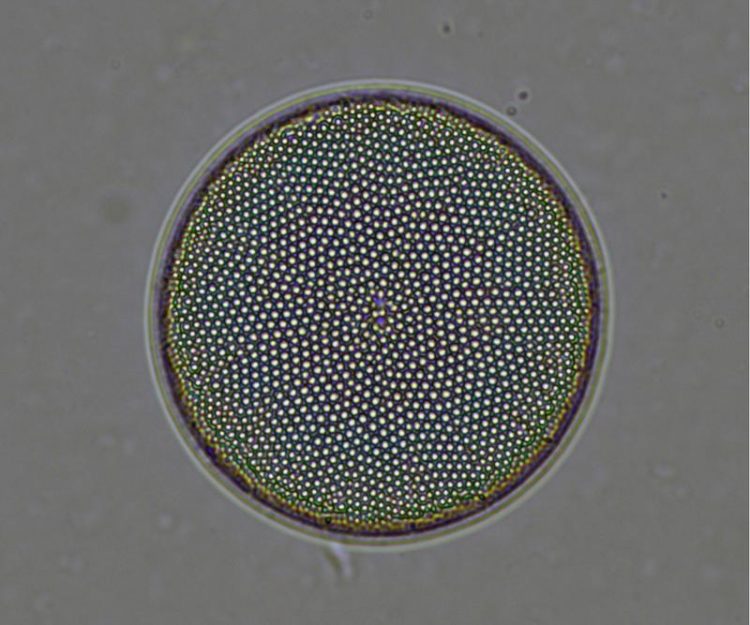 Centric diatom is one of the fossils analyzed to study the marine nitrogen cycle. Dr. Anja Studer/MPIC

The findings about past ocean changes could also have implications for how much atmospheric CO2 will rise due to fossil fuel burning.

Human populations and civilization expanded rapidly over the last 10 000 years, known as the Holocene epoch. The Holocene was an “interglacial period,” one of the rare intervals of warm climate that have occurred over the ice age cycles of the last million years. One important characteristic of the Holocene was that its climate was unusually stable, without a major cooling trend that typifies the other interglacials.

A second unique feature is that the concentration of CO2 in the atmosphere rose about 20 parts per million (ppm), from 260 ppm in the early Holocene to 280 ppm in the late Holocene, whereas CO2 was typically stable or declined over other interglacial periods. For comparison, since the beginning of the industrialization until now, the CO2 concentration in the atmosphere has increased from 280 to more than 400 ppm as a consequence of the burning of fossil fuels.

In this context, the 20 ppm increase observed during the Holocene may seem small. However, scientist think that this CO2 rise played a key role in preventing progressive cooling over the Holocene, which may have facilitated the development of complex human civilizations.

In order to study the potential causes of the Holocene CO2 rise, a team of scientists led by the Max Planck Institute for Chemistry and Princeton University investigated samples from several different areas of the Southern Ocean. The samples included three fossil types: diatoms and foraminifers, both shelled microorganisms found in the oceans, and deep-sea corals. From the nitrogen isotope ratios of the trace organic matter trapped in the mineral walls of these fossils, the scientists reconstructed the evolution of the nutrient concentrations in Southern Ocean surface waters over the past 10,000 years.

“The method we used to analyze the fossils is unique and provides a new way to study past changes in ocean conditions ”, says Anja Studer, postdoctoral researcher at the Max Planck Institute for Chemistry in Mainz and first author of the study.

The fossil-bound nitrogen isotope measurements indicate that during the Holocene, large amounts of water, rich in nutrients and CO2, upwelled from the deep ocean to the surface of the Southern Ocean. While the cause for the increased upwelling is not yet clear, the most likely process appears to be a change in the southern hemisphere’s westerly winds, or “Roaring 40s”, a belt of eastward-blowing winds that circles Antarctica.

The upwelling change would have affected the ocean’s “biological pump,” in which the growth and eventual sinking of phytoplankton takes up carbon dioxide from the atmosphere and stores it in the deep ocean. Because of the enhanced Southern Ocean upwelling, the biological pump weakened over the Holocene, allowing CO2 to leak from the deep ocean into the atmosphere. Thus, the new results suggest that the ocean may have been responsible for the special stability of Holocene climate.

So if the findings from the Holocene can be used to predict how Southern Ocean upwelling will change in the future, it will improve our ability to forecast changes in atmospheric CO2 and thus in global climate.