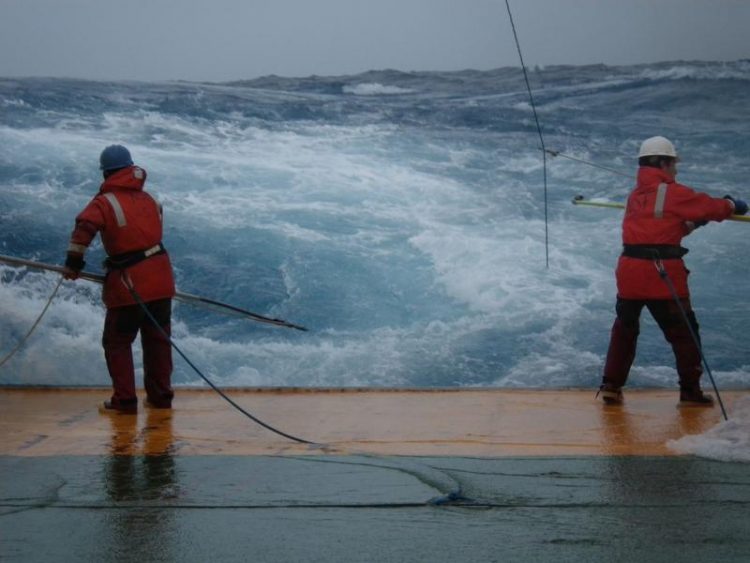 The study used measurements on fossil coral skeletons to reveal that significant changes in deep-water circulation occurred in the Drake Passage, a narrow strait between Antarctica and South America, around six to seven thousand years ago.

The scientists see indications that these changes also influenced CO2 levels in the atmosphere – and suggest that future climate change could lead to increased release of CO2 from the deep waters of the Southern Ocean into the atmosphere.

“The Southern Ocean connects all the world’s oceans. It’s one of the few places on Earth where water from great depths comes to the surface and at the same time surface water sinks to the depths,” explained lead author Struve. The marine region around Antarctica is therefore critical for the global conveyor belt of ocean currents, which distributes heat, nutrients, salt and CO2 over great distances.

However, until now, it had not been clear whether the current flowing in the Southern Ocean had changed significantly since the last ice age ended about 12,000 years ago. Previous studies by climate researchers had shown that there have been several shifts in the strong westerly winds blowing around Antarctica during the current interglacial period.

These winds drive the Antarctic Circumpolar Current, a cold ocean current that extends from the surface to the ocean floor and which connects the Atlantic, Indian and Pacific Oceans.

Importantly, the winds also stimulate the upwelling of deep ocean waters towards the ocean surface. The study set out to determine how the currents in the Southern Ocean reacted to these changes in the atmosphere.

To answer this question, Struve and his colleagues from Imperial College London, University College London and the University of Edinburgh, analysed fossil cold-water corals from the Drake Passage, some of which were several thousand years old. The corals were collected from different water depths at three locations in the Drake Passage during two expeditions with the US research vessel Nathaniel B. Palmer.

“This area is notorious for its poor weather conditions – simply collecting the samples was a challenge,” Struve explained.

The cold-water corals store certain trace elements, such as neodymium, in their calcareous skeletons, and therefore record a chemical fingerprint of the water they grew in. Analysis of the neodymium fingerprints in the coral samples showed that there was an abrupt change in the chemical composition of the water about 7,000 years ago, which lasted for about 1,000 years.

On the basis of several findings, the team concluded that increased amounts of CO2-rich deep water from the Pacific Ocean penetrated the Drake Passage at that time, presumably driven by a northwards shift of the Southern Hemisphere westerly winds. “This was a surprising result for us. We hadn’t expected the Southern Ocean to react so sensitively during an interglacial period,” said Struve.

“This study highlights the invaluable contribution of cold water coral fossils to understanding past climate change. They provide unique records of the chemical composition of seawater – often in regions of the ocean where other types of archives are scarce,“ co-author Dr. Kirsty Crocket of the University of Edinburgh underlined.

The study also sheds light on a series of other climate changes that occurred around the same time. In particular, atmospheric CO2 levels, which had dropped slightly in the preceding 2,000 years, began to rise once more.

Struve and his colleagues suspect that a key source for this phenomenon was an increase in the amount of CO2-rich Pacific deep water in the Southern Ocean.

“This is important because when deep waters upwell to the surface of the Southern Ocean, some of the stored CO2 is able to escape to the atmosphere”, explained co-author Dr. David Wilson. And then, as the winds shifted southwards once more, this upwelling increased and larger amounts of CO2 were released into the atmosphere.

It is not yet clear how rising global temperatures will affect the ocean currents encircling Antarctica. However, current climate scenarios indicate that the Southern Hemisphere westerly winds will move further south towards Antarctica. This scenario could lead to stronger mixing of water masses in the Southern Ocean and more upwelling – which the team of researchers suspects could in turn result in larger amounts of CO2 being released from the deep ocean.