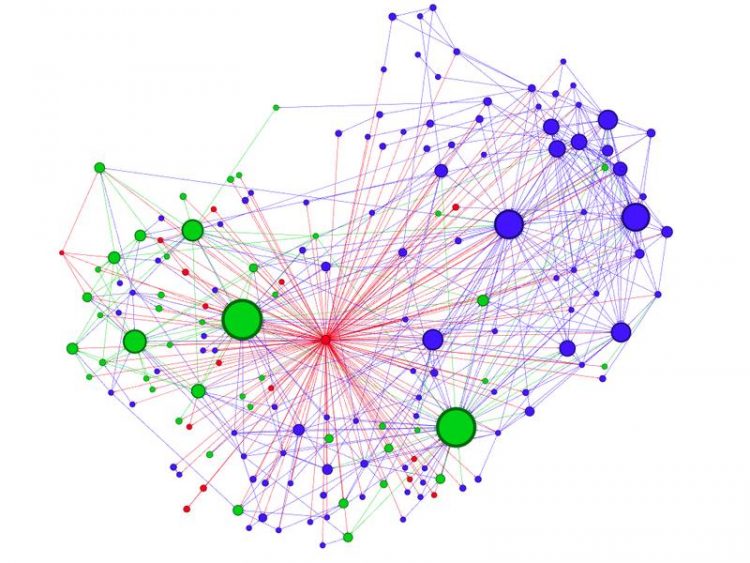 A research team made up of Bern-based communications scientists (Silke Adam, Thomas Häussler, Ueli Reber and Hannah Schmid-Petri) wanted to know how hyperlinks shape political debates on the Net and which actors are involved in such debates. The climate change discussion was selected as an example.

The research team investigated how this topic is debated on the Internet in Switzerland, Germany, the UK and the US. For each country, the Internet activities of eight civil society players operating at national level were observed.

They come in equal parts from opposing camps – half climate change advocates and half climate change sceptics. A snowball method was used to make the hyperlink structure of their debate visible and so analyse which actors are structuring which networks with which positions.

The study (*) shows: Like minds attract. Hyperlinks are increasingly directed at actors from the same camp as the messenger, while links beyond the boundaries of this camp are significantly weaker. Indications of so-called echo chambers or filter bubbles are thus also evident in the climate change debate. Even on the borderless Internet there are sharply divided political camps which keep largely to themselves.

Differences in the individual countries are still discernible, however, depending on the intensity of the political debate. The more controversial the topic, the more intense the link activity is both within and between the political camps. In the US, where the issue of climate change divides opinion most strongly of all, the camps engage more with one another than in Europe. As a rule, this engagement with the opposing camp is not an attempt to get closer to one another. Rather it serves the purpose of collecting arguments to refute opponents, explains Thomas Häussler.

Interestingly, the findings of the study also suggest that climate change sceptics in particular benefit substantially from online debates. They are receiving a disproportionately high level of visibility in the Net. The reason lies in their own hyperlink strategy; by busily setting links, they make themselves very visible. In a polarised environment such as the US, this factor plays a role in traditional media taking a balanced approach to online coverage and creating links to both sides of the discussion.

Ultimately, the study shows that Internet debates are extremely transnational: they extend across national boundaries. This finding is primarily true of countries in mainland Europe, whose actors tend to model their arguments heavily on the debate taking place in the English-speaking world. For Switzerland's climate debate, this means a network whose Swiss actors account for only 15 percent. The findings form part of the research project “Political Agenda Building in Times of a Hybrid Media System”.(*)