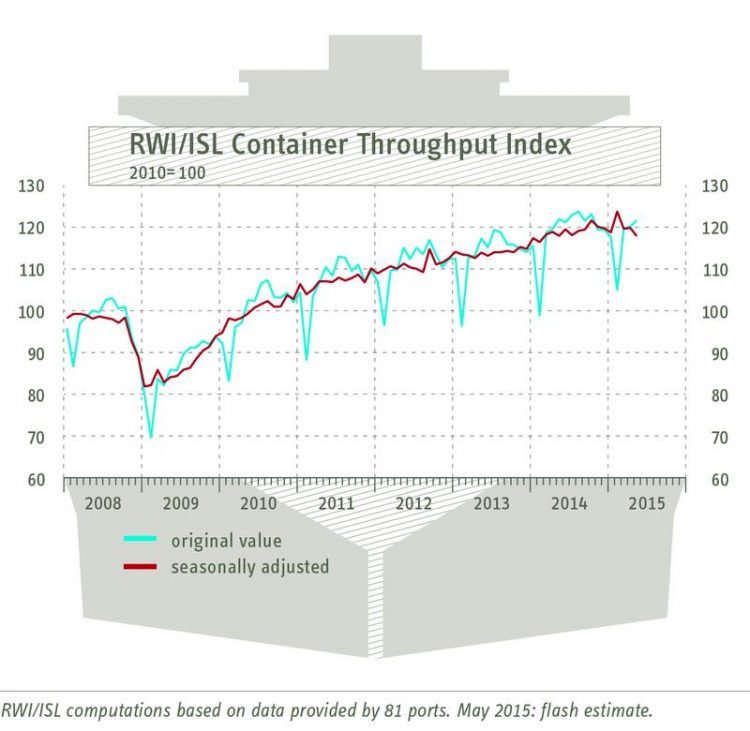 Declining port handling volumes have been reported predominantly in some Asian ports as well as in the Baltic Sea.

The current flash estimate is based on data of 40 ports, which combined account for almost 70% of the total index volume.

The estimate is hence unlikely to be subject to major revisions and suggests a setback for world trade.

The index is based on data of 81 world container ports covering approximately 60% of worldwide container handling.

The ports are continuously monitored by the ISL as part of their market analysis. Because large parts of international merchandise trade are transported by ship, the development of port handling is a good indicator for world trade.

As many ports release information about their activities only two weeks after the end of the respective month, the RWI/ISL Container Throughput Index is a reliable early indicator for the development of international merchandise trade and hence for the activity of the global economy.

The RWI/ISL Container Throughput Index for June 2015 will be published on 22 July.