Inspired by nature – scalable chemical factory due to photomicroreactors 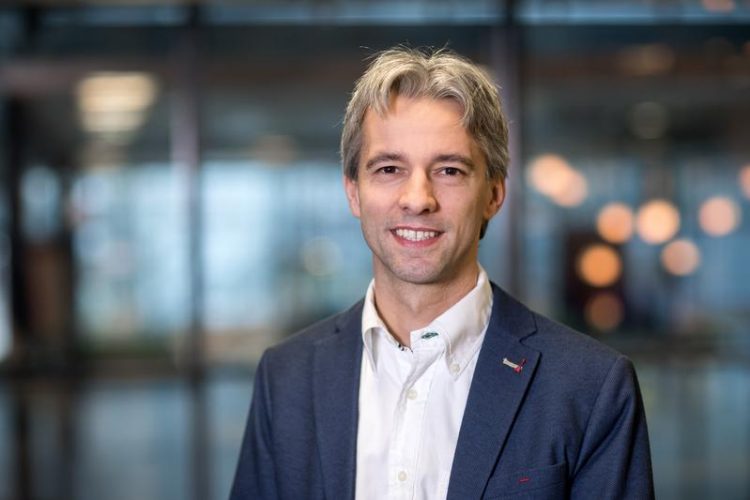 Inspired by the tree leaf that collects the incident sunlight and uses this energy to produce chemical substances, Timothy Noël has developed solar photomicroreactors and combined them with microfluidics. This enables him to create a scalable, adaptable chemical factory that is powered by our richest source of energy – the sun.

With luminescent dyes in a transparent host, sunlight is collected, converted and focused on tiny embedded fluid channels. This technology has the potential to catalyse an enormous variety of reactions that could affect the lives of millions of people.

It creates opportunities for environmentally friendly production of inexpensive chemicals and medicines, without complex production facilities or even completely without electrical energy. This means that production is also possible at the most outlying locations.

Timothy Noël was born in 1982 in Aalst (Belgium) and received his M.Sc. degree (Industrial Chemical Engineering) in 2004 from the KaHo Sint-Lieven in Ghent (Belgium). He then moved to Ghent University to obtain a Ph.D. at the Laboratory for Organic and Bioorganic Synthesis (2005–2009).

Next, he moved to Massachusetts Institute of Technology (MIT, USA) as a Fulbright Postdoctoral Fellow. In 2011, he accepted a position as an Assistant Professor at Eindhoven University of Technology (The Netherlands). In 2017 he has been appointed Associate Professor at the same university.

In 2011, he received the Incentive Award for Young Researchers from the Comité de Gestion du Bulletin des Sociétés Chimiques Belges, in 2012 a VENI award from The Netherlands Organisation for Scientific Research (NWO) and he was also a finalist of the European Young Chemist Award 2012.

In 2013, he received a Marie Curie Career Integration Grant from the European Union. Since 2015, he has coordinated the Marie Skłodowska-Curie ETN program ‘Photo4Future’ on the development of photoredox catalysis in photomicroreactors. In 2014, he obtained a VIDI award from NWO, and in 2016, he received the Thieme Chemistry Journals Award.