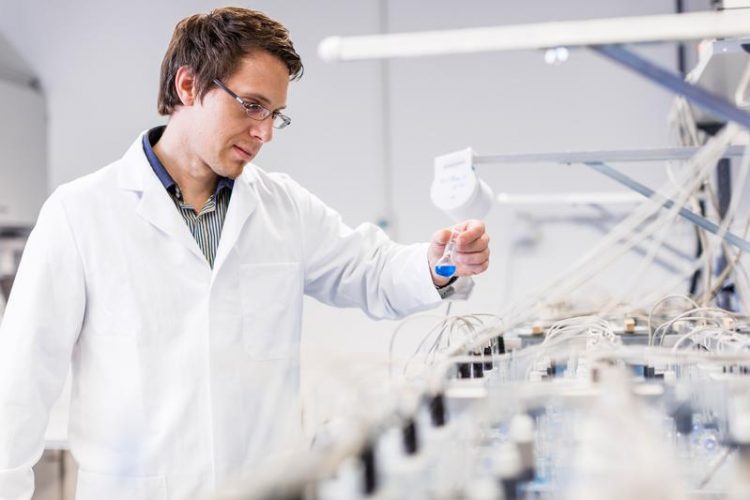 The European Research Council has awarded an a EUR 1.5 million grant to Prof. Nico Eisenhauer, a scientist from the University of Leipzig and the German Centre for Integrative Biodiversity Research. Photo: Christian Hüller, Universität Leipzig

Biological invasions by alien species are considered as being one of the main threats to biodiversity on earth. One of these invasions is taking place under the feet of the inhabitants of the USA and Canada.

Apart from a few refuges on the western coast of the USA and in the extreme south, there have been no native species of earthworms in North America for more than 10,000 years (as a result of the glaciation during the last ice age).

However, along with the plants they took from the old to the new world, European settlers also brought earthworms to North America starting in the 17th century. “Generally, earthworms are said to have a positive effect on the soil: They plough through the earth and, as a result, improve its aeration, the provision of nutrients and plant growth“, explains Nico Eisenhauer.

“However, the flora and fauna of the North American forests have adapted to thick organic soil layers which are now being eaten by the earthworms. So far, the effects of exotic earthworm species on eco-systems have not been properly examined in an experiment.”

With a powerful combination of observations, field and laboratory experiments, and meta-analyses, the new ECOWORM grant will fund the first systematic study on the impact of earthworms on plant communities and soil food webs. Moreover, to be able to predict the spread and the consequences of the earthworm invasion in North America, the team will use a global change experiment to examine the effects of higher temperatures and reduced summer rainfall on earthworm invasions.

In his capacity as the head of the “Experimental Interaction Ecology” research group, Prof. Nico Eisenhauer researches how biodiversity evolves, which impacts it has on the functioning of complex ecosystems and which protection measures are sensible and needed. The 35-year-old biologist has received numerous awards for his research activities, e.g. the Heinz Maier-Leibnitz Prize and the Emmy Noether Scholarship of the Deutsche Forschungsgemeinschaft. In 2014, Nico Eisenhauer became a professor at Leipzig University and iDiv. Prior to this, he worked at the universities of Jena, Munich, Minnesota, Göttingen and Darmstadt.

His special focus is on lab and field experiments examining biodiversity. This also includes the Jena Experiment studying diversity effects on grasslands. Today, Prof. Eisenhauer, as the speaker of the research group in Jena, manages one of the longest-running biodiversity experiments worldwide. Over the last ten years, he has published more than 118 articles and papers in international journals, including numerous publications in leading scientific magazines, such as Nature, Science, Nature Communications, PNAS and Ecology Letters.

The European Research Council (ERC) supports particularly promising young researchers with Starting Grants that provide up to EUR 1.5 million over a period of, at a maximum, five years in order to keep them in Europe in the years after their doctorate and to promote their career in science and research. The scholarship is awarded regardless of subject, nationality or gender.

Scientific excellence forms the only criterion for this grant. By securing this funding, Prof. Eisenhauer has succeeded in one of the most strongly contested European application procedures for funding. Only roughly 10 percent of the, in total, 2920 applications submitted were selected for funding in 2015.

Since its inception, the ERC has selected 5,000 top researchers from more than 50,000 applications and, as a result, it has supported more than 20,000 publications. The ERC awarded EUR 1.7 billion per annum over four different research subject areas in order to boost the dynamic development, creativity and scientific excellence required to strengthen research in Europe at the frontiers of knowledge.
Tilo Arnhold

About the German Centre for Integrative Biodiversity Research (iDiv)

iDiv is a central facility of the University of Leipzig within the meaning of Section 92 (1) of the Act on Academic Freedom in Higher Education in Saxony (Sächsisches Hochschulfreiheitsgesetz, SächsHSFG). It is run together with the Martin Luther University Halle-Wittenberg and the Friedrich Schiller University Jena, as well as in cooperation with the Helmholtz Centre for Environmental Research – UFZ.