Programmed cell death is a basic pre-requisite for life, and its underlying mechanisms are immensely interesting not only for cancer research. The tri-national research unit FOR2036, whose speaker is Professor Thomas Brunner (professor of biochemical pharmacology) of the University of Konstanz, includes scientists from Germany, Switzerland and Austria.

Since 2014 they have studied how the programmed cell death, the so-called apoptosis, is being regulated. That the research unit is on the right track has now been confirmed: the German Research Foundation (DFG) and the Austrian Science Fund (FWF) will continue to fund the research unit, consisting of nine sub-projects, with 3.4 million euros over the next three years.

The complex functional network of the so-called Bcl-2 family proteins plays a central role in modulating the programmed cell death. The name of the research unit “New insights into Bcl-2 family interactions: from biophysics to function” indicates that the teams deal with the question on different levels.

The research spectrum ranges from in vitro approaches of biophysics and biochemistry to cell biological or system biological processes, as well as clinical methods and approaches where the cells of tumour patients are examined on their characteristic pattern of Bcl-2 proteins and cell death. “The considerable resources in this consortium allow us to initiate projects quickly and flexibly”, says Thomas Brunner about the synergies in the joint research project.

Why programmed cell death?
Our immune system shows us how important it is to rid of unwanted cells through apoptosis: after recovering from an infection, programmed cell death will adjust the number of granulocytes or lymphocytes to a normal level. This cell death induction seems to no longer function in leukemia cells. Therefore one of the most central questions in tumour research is how to influence the network of the Bcl-2 family. Its “family members” can prevent or promote cell death – the corresponding interaction is decisive. Cell death is triggered by certain molecules (called Bax and Bak) that form pores in the mitochondrial outer membrane of the cell, which in turn initiates apoptosis induction. One of the goals in tumour therapy is to positively influence the pore-forming effect.

Basic research implemented in clinical practice
So-called BH3-molecules can constrain Bcl-2-homologues that are conducive for survival and are found in larger numbers in many tumour cells. A new class of molecules developed by research is able to mimic BH3-molecules (“BH3 mimetics”). They, too, promote the formation of pores and thus cell death. “This year this new class of substances was approved by the US-American Food and Drug Administration (FDA) for the treatment of certain types of leukemia. This is one of the examples where basic research gained a foothold in clinical practice very quickly. One of our colleagues, PD Dr. Philipp Jost at the hospital “Klinikum rechts der Isar” of the Technical University in Munich will be involved in these clinical studies”, explains Thomas Brunner.

Pores made visible for the first time
Another highlight for the research unit is that Professor Ana García-Sáez (University of Tübingen), using high-resolution microscopy, now succeeded in visualizing pores, which had been postulated before only on the basis of calculations and biochemical tests. The bio-physical research methods are very reductionistic and make it possible to study these proteins nearly on a physical level. This was an extremely important approach for various members of this research unit”, explains Thomas Brunner.

University of Konstanz: mathematical models make predictions possible
Team members at the University of Konstanz work on mathematically tracking the complex pattern of possible interactions. Professor Tancred Frickey and doctoral student Annika Hantusch, in cooperation with Thomas Brunner and Professor Markus Morrison from Tübingen, develop model systems that can simulate the interactions of the family members. This will enable the researchers to predict how a cell with a certain pattern of Bcl-2-homologs will react to certain chemotherapeutic substances. “We have made huge progress in developing the mathematical model, and we have also collected data that is available in the expert literature in one online data base. These interactions can directly be searched for on the corresponding website of the University of Konstanz.” In the future, mathematical analysis might predict whether a patient will react positively to a certain treatment without actually having to burden the patient with drugs that will probably be ineffective.

https://cms.uni-konstanz.de/fileadmin/pi/fileserver/2016/cytcGFP_release_highlig…
Microscopic evidence of cytochrome c-release during apoptosis. On the left a group of liver cancer cells that still hold cytochrome c (green) in the mitochondria; on the right the same cells 5 minutes later with a cell (arrow) which already has spilled its cytochrome c into the cytoplasm and will now die. 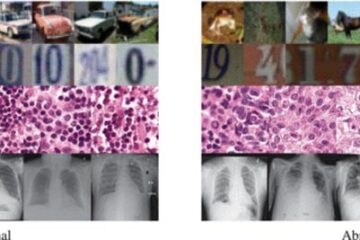 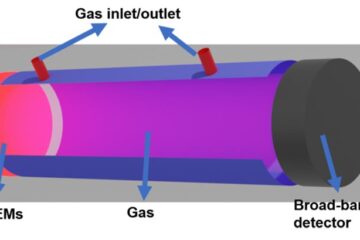