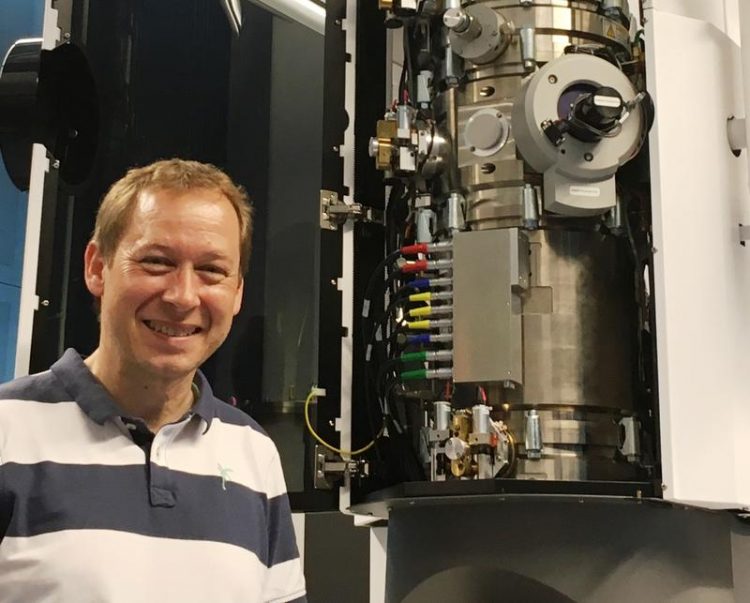 Grain boundaries separate the individual crystals composing a material and are omnipresent “defects” in most functional and structural materials. While they are known to strongly influence the electrical, magnetic, thermal or mechanical properties of materials, surprisingly little is known on grain boundary phases, their transitions and how they can be applied to advance materials’ design.

This is in stark contrast to bulk and surfaces phases and their transitions – i.e. changes in the arrangements of atoms in the volume or at the surface of materials – where thermodynamic and atomistic concepts are well established since a long time.

This lack of a complete exploration of grain boundaries is due to their structural and chemical complexity, their defects and previously, insufficient characterization techniques. Prof. Gerhard Dehm, director at the Max-Planck-Institut für Eisenforschung (MPIE), is going to tackle these challenges.

He is now supported by an Advanced Grant of 2.5 million euros by the European Research Council (ERC) for his project on grain boundary phase transitions and their impact on properties, which will be key for grain boundary engineering.

Grain growth experiments coupled with microscopy techniques such as electron backscatter diffraction and scanning electron microscopy will allow extracting changes in mobility of individual grain boundaries due to phase transitions in a high throughput approach. The project aims to predict and resolve grain boundary phase transitions, to establish guidelines for them, to correlate them with property changes and finally to provide design criteria for grain boundary engineering.

Dehm studied materials science in Erlangen (Germany) and did his doctorate 1995 at the Max-Planck-Institut für Metallforschung in Stuttgart (Germany). Before joining the Montanuniversität Leoben (Austria) as professor and head of the Department of Materials Physics and director of the Erich Schmid Institut für Materialwissenschaft of the Austrian Academy of Sciences in 2005, he continued his research as a group leader in Stuttgart and had a research stay at the Technion in Haifa (Israel). Dehm joined the MPIE in 2012 as executive and director of the department “Structure and Nano-/Micromechanics of Materials”.

The grants of the European Research Council are regarded as one of the most prestigious international research grants. 2167 proposals were submitted European wide in this application round whereby 269 scientists were successful. The ERC has given in total six advanced grants to scientists of the Max Planck Society.