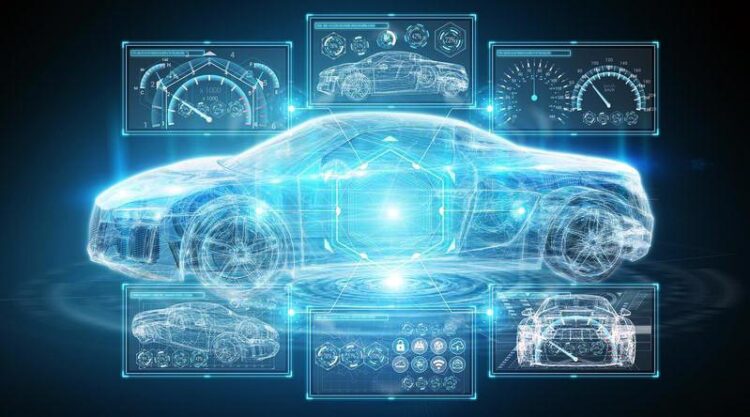 Modern vehicles have a large number of electronic systems that are networked with each other. Since these systems are at risk from cyber attacks, Fraunhofer IPMS developed a CANsec IP core that makes vehicle systems more secure. The IP core is already being evaluated in a demonstration by partner Renesas Electronics Corporation, a leading semiconductor company that delivers embedded processors together with analog and power products. At the Embedded World trade show from June 21-23, both Fraunhofer IPMS and Renesas will present the CAN-SEC IP-Core for the first time.

Vehicle electrics and electronics are becoming increasingly comprehensive due to the growing number of sensors and actuators, driver assistance systems, and additional control units. It is not uncommon for a luxury class car to have up to 120 control units. This leads to an increasing complexity of communication control in vehicle networks, which require guaranteed low latency and higher bandwidths. At the same time as the complexity of the electrical/electronic architecture (E/E architecture) in vehicles is growing, so is the potential for cyber attacks on vehicle networks. These can cause both financial, but above all functional damage, which in the worst case can affect the safety of passengers inside. Therefore, the automotive industry uses different network technologies to meet the various technical, but also economic requirements of a vehicle.

One of the most commonly used data transmission protocols is the CAN protocol (CAN bus), which was developed in the 1980s. It convinces through high robustness, flexibility and the associated cost savings. Since then, several variants of this serial bus system have been developed to meet increasing requirements. The latest variant CAN XL allows higher data transmission rates and also a scalable user data length, which makes it possible to include additional safety information. A new standard (CiA613-1 and 2) was developed by CAN in Automation (CiA) to extend the CAN XL protocol with security functions (CANsec). This protects against unauthorized access and ensures the integrity and authenticity of the origin as well as the confidentiality of data in CAN-based networks.

Building on this, the Fraunhofer Institute for Photonic Microsystems IPMS developed the CANsec Controller IP Core CAN-SEC. This can be used directly between the host processor and a CAN-XL IP core. Marcus Pietzsch, leader of the IP Cores and ASIC Design group at Fraunhofer IPMS, explains, “The new CAN-SEC IP core builds the CANsec structure in the buffers of the CAN-XL core directly before the frame is sent or directly after it is received. It can be used together with the CAN controller IP core of Fraunhofer IPMS as well as with IP cores of other manufacturers and, like all other IP cores of Fraunhofer IPMS, can be used platform-independently in all FPGAs and foundry technologies.

About Fraunhofer IPMS
The Fraunhofer Institute for Photonic Microsystems IPMS stands for applied research and development in the fields of industrial manufacturing, medical technology and improved quality of life. Our research focuses on miniaturized sensors and actuators, integrated circuits, wireless and wired data communication, and customized MEMS systems. Fraunhofer IPMS has years of experience in the design of IP cores for automotive communication and has a family of TSN IP cores. More than 150 applications worldwide use Fraunhofer IPMS IP cores, many of them in in-vehicle networking. The multidisciplinary IP design team of Fraunhofer IPMS with expertise in domain-specific computer architectures, network structures, RTL design and implementation of electronic systems is also available as a competent development partner for application-specific adaptations of the IP cores and their integration into complex network architectures.