Home / Architecture and Construction / TUM researches on buildings with an ecological envelope
09.12.2022 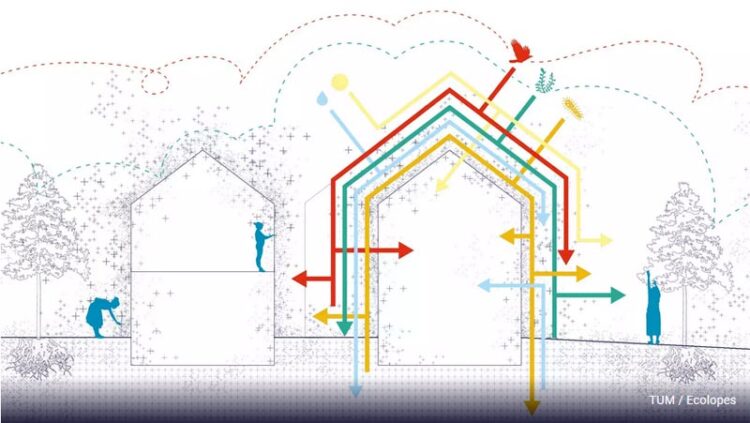 Versatility is one of the declared goals of the Ecolopes project.
(c) TUM / Ecolopes

Nature in city environs has a positive effect on people’s well-being. At the same time biological diversity in urban areas continues to shrink, for example because of increasing building density. In the “Ecolopes” project, researchers led by the Technical University of Munich (TUM) are searching for specific solutions which will make it possible to create green infrastructure with a higher degree of biological diversity in urban areas.

As a key discipline, architecture has a considerable influence on the built areas of cities and thus also on urban bio-diversity. “Generally speaking, architects don’t plan for biological diversity. At the same time, nature conservation efforts usually don’t focus on the built areas of the city. The significance of architecture in creating a green urban infrastructure is ignored in the process,” says Wolfgang Weisser, Professor for Terrestrial Ecology at Technical University of Munich (TUM).

“Today’s architecture can no longer be satisfied with creating buildings that place the smallest possible burden on the environment. Instead we have to develop an architecture which contributes to the regeneration of the environment and the preservation of biodiversity on our planet. At the same time this architecture has to promote contact between humans and nature, and not limit it by closing out the environment,” says Prof. Weisser. And this is exactly the point of departure for the ECOLOPES project (ECOlogical enveLOPES).

The scientists argue that the promotion of biological diversity has to become an important driving force in architectonic design. This will require a transformation of the previous design principles in architecture, which are meant to address both human and non-human requirements. “In addition to human beings, architecture also has to integrate the needs of other organisms such as animals, plants and even microorganisms as additional clients,” says Ferdinand Ludwig, Professor for Green Technologies in Landscape Architecture at TUM.

This new approach to design entails challenges both for architecture and for ecology, since a multi-species design goes beyond the existing approaches found in architecture and ecology. The new design approach now allows the integration of ecological knowledge in the architectonic design process.

In order to create a multi-species habitat, the researchers propose designing buildings with an “Ecolope”, a building envelope designed according to several criteria which takes the needs of various organisms into account. In designing an ecosystem like this in a multi-species design process, the researchers utilize findings from ecology, architecture and computational design.

Further development of the ecosystem after completion of buildings

Building envelopes are thus no longer to be regarded as a primary separating level between inside and outside, but rather as an innovative architectonic space designed as a gradual transition between inside and outside, utilized jointly by a large number of life forms. The “Ecolope” can be a planted facade or a planted roof functioning as a part of the surrounding ecosystem and as a space used jointly by humans, animals, plants and microorganisms, thus constantly changing. “It permits processes like the succession of plant and animal habitats as well as erosion and the accretion of material like dust, which helps in soil formation. These processes have to be integrated in the design process,” observes Prof. Ludwig. “Architectures designed with a multi-species approach, i.e. an approach integrating a number of different species, can be an important step towards creating advantageous relationships between humans and nature in cities. These architectures increase human well-being in the city and help preserve biological diversity,” says Prof. Weisser.

The ECOLOPES project (ECOlogical enveLOPES) is funded by the EU as a part of the program “Future Emerging Technologies – FET” (Horizon2020).

The objective of the interdisciplinary project, launched in April 2021, is to conceive and design architecture in such a way that the built environment of the city and nature – including humans – can continue to grow together to form a new, more complex and more diverse system. In achieving this goal the project will mobilize a radically new, integrated ecosystemic approach which integrates humans, plants, animals and the associated organisms, such as microbes, to the same degree. In order to make this vision of the future a reality, ecologists, architects, landscape architects and software engineers from five different countries are involved in developing digital tools and work methods to enable the integration of ecological knowledge in the design process of structures.Prof.