Home / Architecture and Construction / Seeing Through the Stones of Cathedrals
07.03.2019

Seeing Through the Stones of Cathedrals 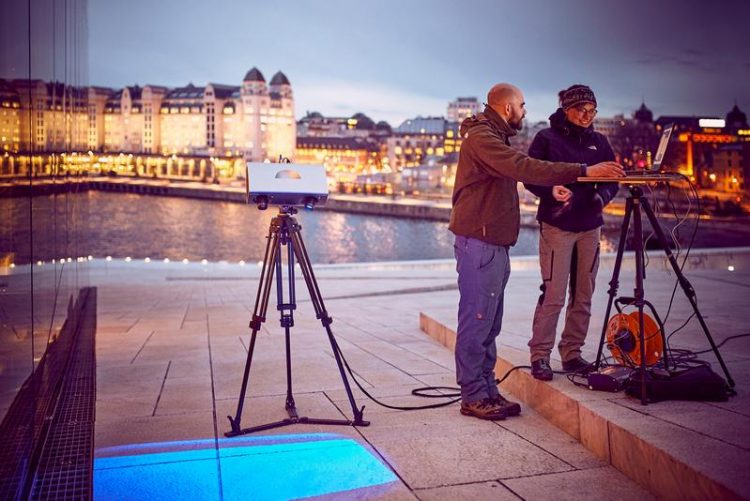 The cathedrals of Cologne, Pisa, Ghent, Vitoria-Gasteiz und Vienna are up to one thousand years old, and they are all victims of the ravages of time. Even the Oslo Opera House, which is only ten years old, is already in need of conservation work.

As part of the international Nano-Cathedral project, conservationists treated a portion of its stonework with nanomaterials. The particles used are 1,000 times thinner than the diameter of a human hair, and they are said to represent a rapid, promising development. So do they work?

In order to find out, Dr. Rainer Drewello, professor of Building Preservation Sciences at the University of Bamberg, together with his colleague Max Rahrig, developed a process known as “Opto-technical Monitoring” which combines various imaging methods.

“Imaging technology is already being used in heritage conservation,” explains Drewello, “but until now, it had been all but impossible to test new materials used for stone conservation without destroying at least part of the stonework by extracting samples.”

Using the new lighting technology, Drewello can effectively execute a non-destructive and contact-free analysis of an approximately two-square-metre surface. Opto-technical Monitoring is based on a combination of high-resolution 3D imaging and VIS, ultraviolet, and infrared photography.

Whereas high-resolution 3D images serve to measure a surface and record its condition with an accuracy of 0.3 millimetres, the VIS colour photography reveals variations in surface colouring. UV fluorescence photography and infrared photography make inorganic and organic foreign substances present on the surfaces visible.

These can be preservative coating materials or biological growth such as bacterial films, lichens or mosses. Together, these four techniques provide a complete image that had never before been possible in heritage conservation. By layering images that were rendered at different times, scholars are able to make comparisons and recognise changes in the stone.

The researchers are hoping that the international, interdisciplinary Nano-Cathedral project and its 6.3 million euros in EU funding will make a significant contribution to the preservation of Europe’s cultural heritage.

The project, in which Drewello and Rahrig collaborated with 18 partners in six European countries, was completed in 2018 after a three-year runtime. The nanomaterials developed in the project are currently being made market-ready and the new monitoring techniques will be used as a quality assurance mechanism involving ongoing measurements to determine the materials’ long-term benefits.

The cathedral conservation and maintenance workshops also share an interest in the continuation of this work as they will receive the qualifications necessary to carry out the measurements themselves. And last but not least, this method will be disseminated throughout the world: Rahrig is currently employing similar methods in a project examining centuries-old wall materials in Sri Lanka.